If you’ve conceived this month, chances are you still don’t know it yet. This is the long LONG week of waiting until you’re closer to your missed period. [Day one of what should be your period should be exactly 4 weeks]. Don’t jump the gun and buy all those “early detection” or “can tell you 5 days before your missed period” pregnancy tests just yet… The reality is that very rarely can you get a positive test before that day. Some women won’t get one until days after their missed period. Just try to relax! You’ll know soon enough!

P.S. If you did conceive this month and you’re three weeks pregnant, your baby is the size of a chia seed. It’s so cute, I could burst!

3 Weeks Pregnant from the Doctor:

Let’s have the “weeks versus months” tutorial: It is a common misconception that a pregnancy, on average, lasts for 9 months. Actually, a full term pregnancy lasts about 40 weeks, or 10 months. Pregnancy is assumed to start 2 weeks after the first day of your last period. Therefore, an extra 2 weeks is counted at the beginning of your pregnancy when you are not actually pregnant. Your estimated due date is calculated from the first day of your last menstrual period. Surprisingly, only about 1 in 20 women actually give birth on their due date. Let the weeks countdown begin!

3 Weeks Pregnant from the Pregnant Lady:

My first pregnancy, I had no clue that I was anywhere near pregnant. I cramped all night the night before my period started and actually had a dream that I took a positive pregnancy test. When I realized that I didn’t actually start the next morning, I decided to take a pregnancy test just because that dream had me feeling all kinds of weird… I wanted to prove to myself it wasn’t real! I had one lying around, so I took the test. Both lines showed up immediately and I was BLOWN AWAY! I was exactly 4 weeks on the dot.

This time, I just kind of had a feeling that I was pregnant. I recognized the tingle in my boobs and had just been feeling nauseous for about a week and a half on and off… not bad enough to put me out, but enough to make me go “Okay… I’m just not feeling like myself!” It was the acid reflux, though, that made me take the test [once again, to just rule it out – I wasn’t due for my period for another 2-3 days]. I arrived home from a trip in the summer, put the baby to bed, ate dinner, sat down on the couch, and it hit me – heartburn. Not normal. I only ever really had it when I was… pregnant… I went into the bathroom at 10:00pm [once again, had one laying around] and took a pregnancy test. It took a while to show up, but there I was, 3 weeks and 5 days pregnant!

I immediately woke F up and told him! Exciting news, and a surprise for sure!

So while I said that it’s almost impossible to get a positive pregnancy test before you miss your period, it’s not UNHEARD of. If your test is negative, don’t rule it out just yet. Wait a day or two and try again. [FYI, try to test on your first urine of the day, as HCG levels are typically highest then.]

How to Survive this week:

3 weeks pregnant or not, focus on being the healthiest version of YOU this week. Drink lots of water. Take your prenatal vitamins. Relax and wait to see if your period comes. This is a nerve-wracking but exciting time! 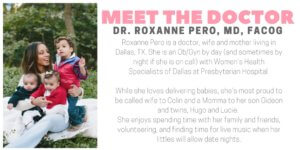 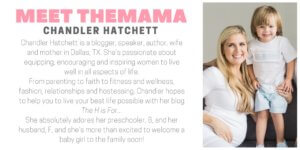 Disclaimer: As with anything, your doctor, midwife or health practitioner should be the most-esteemed and final word when it comes to pregnancy symptoms, medications, prenatal vitamins and to-do’s. This series is meant to be informative and fun, but is in no way purposed to replace the information that your doctor can provide. Always check with your doctor first.