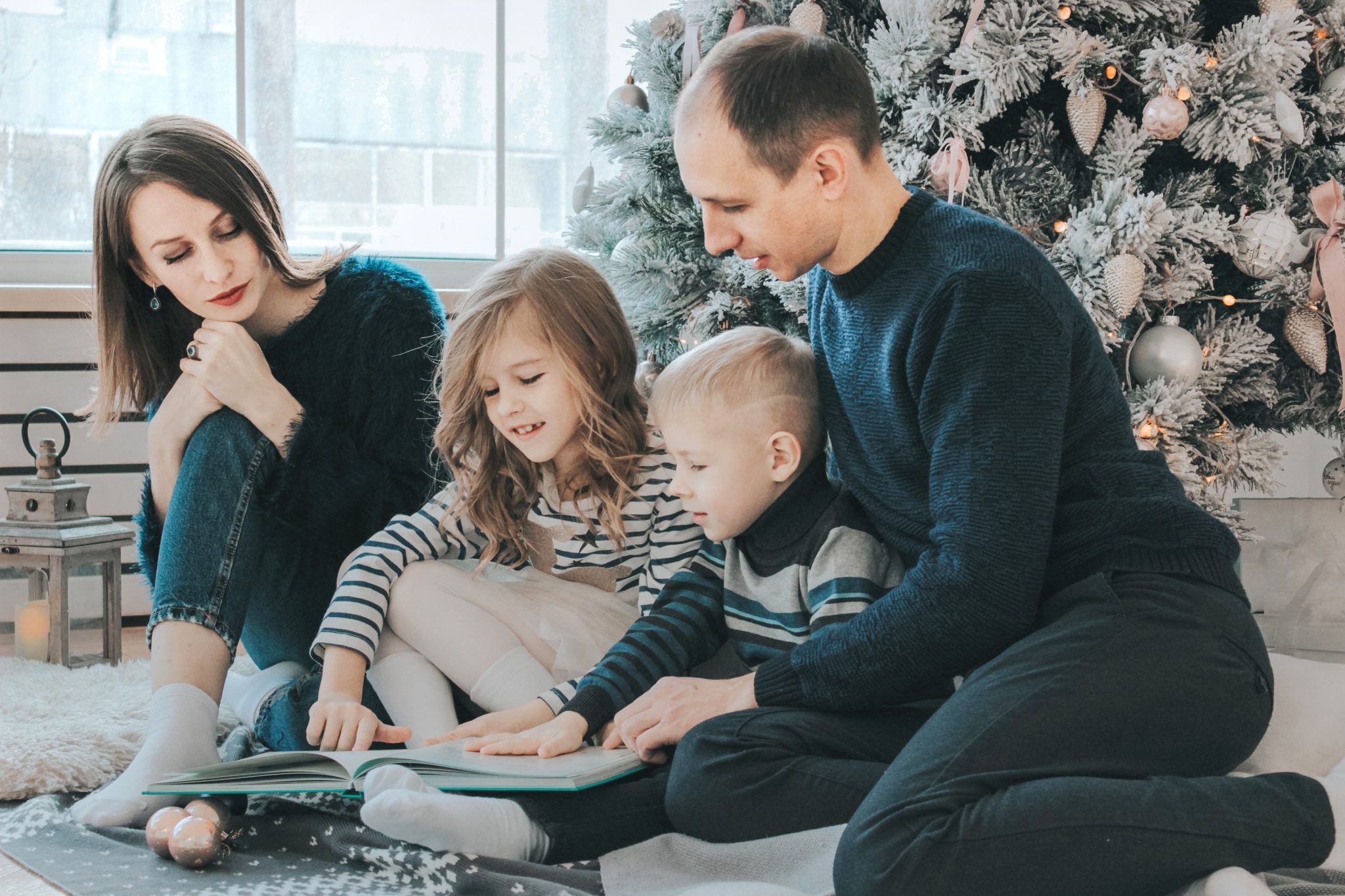 And there were shepherds living out in the fields nearby, keeping watch over their flocks at night.  An angel of the Lord appeared to them, and the glory of the Lord shone around them, and they were terrified.  But the angel said to them, “Do not be afraid. I bring you good news that will cause great joy for all the people.  Today in the town of David a Savior has been born to you; he is the Messiah, the Lord.  This will be a sign to you: You will find a baby wrapped in cloths and lying in a manger.”

Suddenly a great company of the heavenly host appeared with the angel, praising God and saying,
“Glory to God in the highest heaven, and on earth peace to those on whom his favor rests.” – Luke 2:8-14

Over the past few weeks, we have walked through the Advent season, learning to WAIT for Christ, PREPARE for Christ and to have HOPE in Christ. The season of Advent can feel somber because, while the ultimate light is Jesus, the focus has been on the wait, the preparations and our deep need for a savior.

Today, however, we celebrate. Here’s why:

The Advent season symbolizes our present situation – as we wait for the return of Christ. Before Jesus was born in Bethlehem, there were 400 years of silence. FOUR HUNDRED YEARS. I have a hard time going four days feeling a part from God and waiting for Him to move… I can’t imagine waiting four hundred years – how excruciating that had to have been!

In many ways, we are in a similar situation as Israel at the end of the Old Testament. If we are, as Christians, to be citizens of heaven, then we are in exile, waiting and hoping in prayerful anticipation for the coming of the King. As they waited for the Messiah, Israel looked back to God’s word and remembered all that God had done for them as He faithfully led them out of Egypt in the Exodus, and they waited – in spite of 400 years of silence – for God to faithfully deliver them once again. In the same way, during the Advent season, we look back at the birth of Christ in celebration while also looking forward to the day that He will come again. As we celebrate God’s faithfulness in the birth of Christ, we remind ourselves that He is faithful in all things and will come again.

What a day the first Christmas was… and what a day it will be when He comes again.

The other day, I rode front row in a Christmas Pop-themed Soulcycle class. At the end of the class, we had our “Soulful Moment” – the time when the lgiths go out and you ride at your own pace to a slower, more reflective song. During this portion, the instructor played an R&B version of “Angels We Have Heard on High.” I’ve heard it a million times, often singing it in church, but this time – I don’t know if it was the adrenaline from the class, exhaustion, overwhelm from the Christmas season, or the fact that I had the chance to actually reflect on the words, but I began to treat that song like a worship song. For the first time, actually took “Gloria in Excelsis Deo” (Glory to God in the Highest) to heart.

It brought me to tears imagining how much the angels had to have been celebrating Jesus’ birth… how a world who had just walked through 400 years of silence, exile, separation from God now had tangible evidence of His faithfulness. How that night, a star shone so brightly to let the world know that God had come to them! I’m certain they celebrated wholeheartedly… and we are invited to do the same because that same story is our’s.

So this week, I encourage you to bask in the incredible beauty of this story – God loves us. He came to us at Christmas years ago. He lived and died and rose again. He will come again.