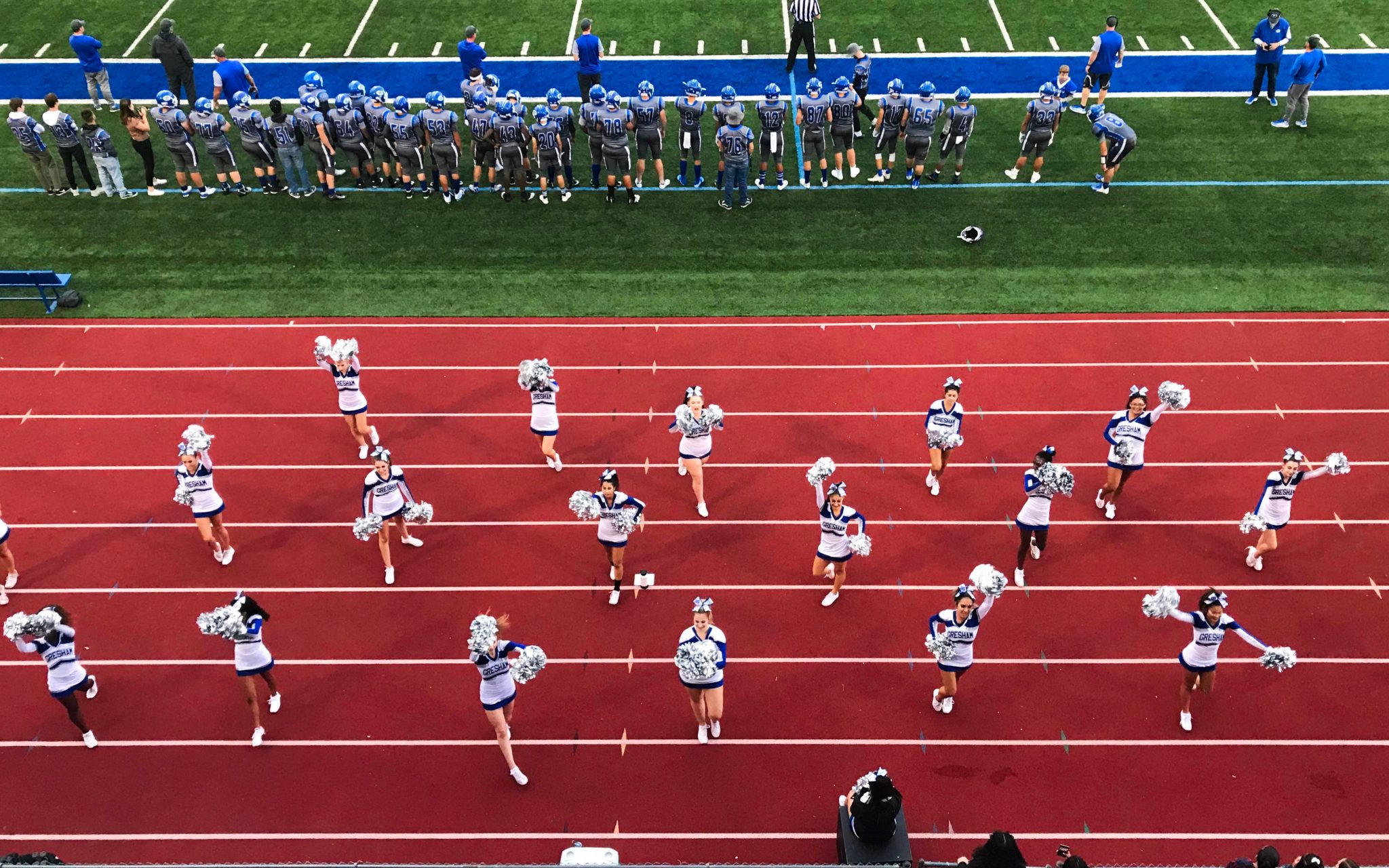 “And let us consider how we may spur one another on toward love and good deeds, not giving up meeting together, as some are in the habit of doing, but encouraging one another—and all the more as you see the Day approaching.” —Hebrews 10:24-25

My son plays on a soccer team for the local YMCA with some of the cutest boys and girls I have ever seen. Each Saturday (and Wednesday night at practice) he, along with the other 4 year olds on his team, put on their shin guards and their cleats and hit the ground running after the soccer ball – all of them – at the same time – like a school of very excited and potentially confused fish running together after a common goal, for one of them to kick the ball. I love watching them play, especially my baby boy.

After every single move our son makes, he looks up at his father and me and gives us a thumbs up and we always give him one back. It’s my greatest joy to cheer him on and encourage him. In fact, almost every game my husband pats me on the arm and tells me I’m cheering just a little TOO loudly. Ooops.

When I think about B’s soccer games, I’m reminded of Hebrews 10:24-25 and how, as members of the the church, we are to do just that – cheer each other on. We are to spur each other on toward love and good deeds, not giving up! We’re supposed to line the fields and push one another on as they run with all their might towards the same end goal. We can’t ever be too loud, either, when we’re spurring each other on towards Christ’s love.

I think back to my days as a high school cheerleader and all the different things we’d do to encourage our team to keep playing. We’d cheer during an offensive run. We’d get the crowd going loud while on defense. During the other team’s 3rd down our goal would be to get the crowd to yell as loud as possible so that their huddle couldn’t hear the QB. We’d celebrate every touchdown with a dance to the fight song and a series of tumbling passes. We’d kneel in solidarity with any and all injured players. And, win or lose, we’d link arms with the players after the game as we celebrated a battle well fought.

-When our sisters and brothers are running hard in their callings, we’re supposed to cheer them on.

-When they’re fighting a hard battle on defense, we’re supposed to rally behind them.

-When they’re celebrating a victory, we’re supposed to dance alongside them.

-When they’re hurting or unable to go on, we’re to be there for them and spur them on.

-When they lose battles, we’re to lovingly redirect them to the truth and push them onto the next victory.

We are supposed to link arms with our fellow believers, running our own race, while simultaneously cheering them on from their sidelines.

It’s not a task reserved for the spunky, cheerful, happy women of faith. It’s not just for tiny skirts and pom poms – Paul says several times throughout his epistles (letters to the earliest Christian churches all over) that it’s a character trait that marks all Christians! We are to spur each other on and be each other’s personal cheerleaders through thick and, especially, through thin.

So I ask you today – are you a cheerleader? Who can you encourage today? I encourage you to reach out to them to remind them of who God says they are, and to cheer them on as they walk through their day. This article is full of incredible, Biblical encouragement for any circumstance!