I Lost my Wallet – But Found Something Greater 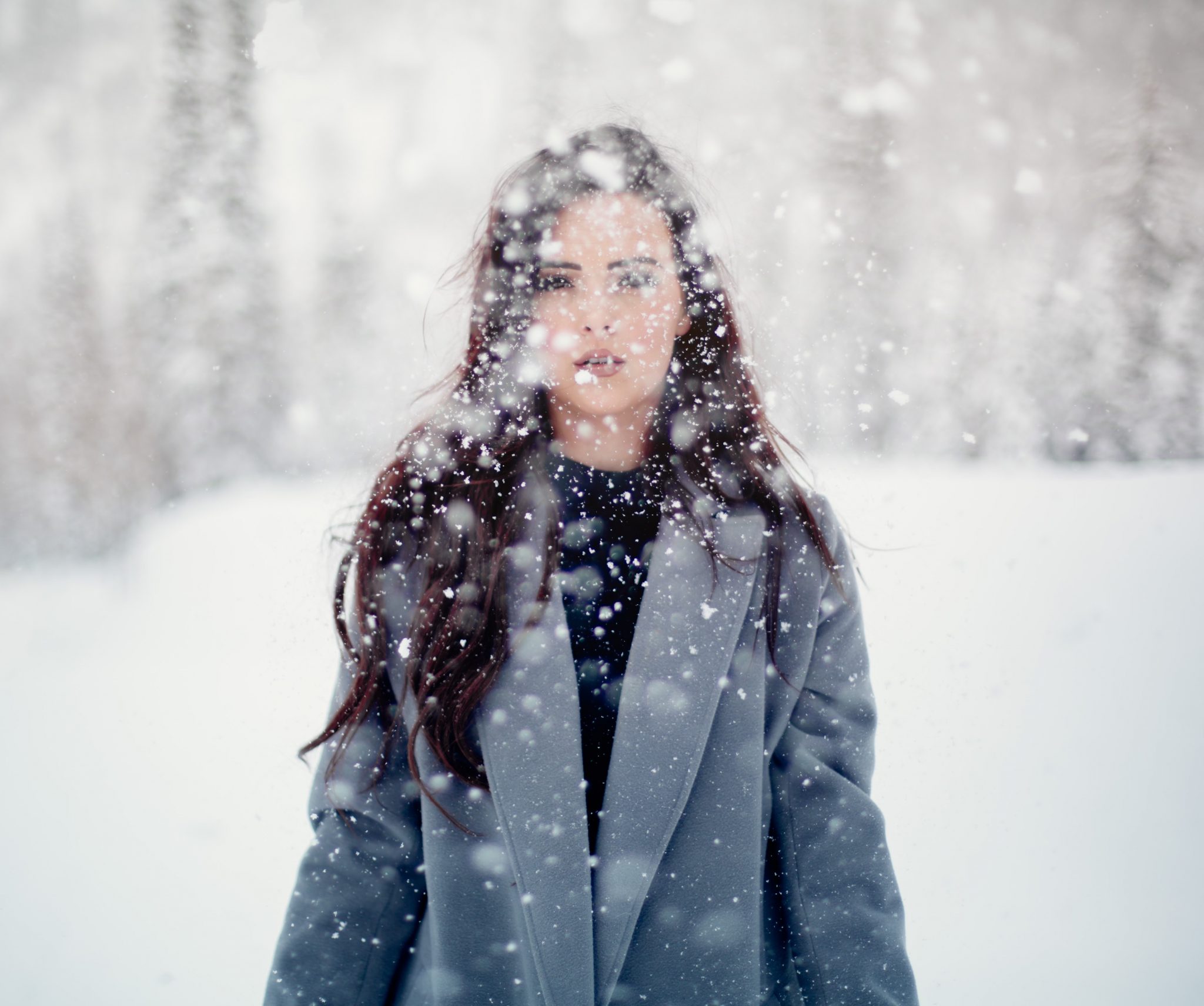 16 Jan I Lost my Wallet – But Found Something Greater

It had tapped into all of my insecurities as a mother.  The thoughts invaded me: “All of these balls you are juggling, you can’t do it and here’s proof.” “You ruin everything…”

I was an hour outside Seattle city limits, and I had lost my wallet.

I was at the ski school at The Summit of Snoqualmie with my two sons, Wesley, 6 and J.W., 4.  My husband, Robert, was working in Seattle for the week, and the boys and I came with him.  Though I questioned if I could handle a ski trip with the boys alone, I had come to the conclusion that, yes, I could do it.  Caffeine and a vision of myself having alone time in a lodge are enough to get me to try almost anything.

The boys and I had the most Seattle of mornings: a pit stop at REI to buy some ski pants and a couple of sea creature souvenirs (#savethewhales #wearelocals).

The drive made us feel like we were living the scene in “Frozen” when Elsa let’s it go, and the boys were out of their minds excited to play in the powder.  But our day was quickly robbed of its excitement.

“I’m going to go look in my car, is that okay??” I asked Spencer, the 19 year-old helping us in the rental shop.

“Uhhh.  Yeah, but ski school starts at 1:30, you may want to hurry,” he advised, probably convinced I was trying to get my children free ski lessons with my “we are from Texas and I forgot my wallet” story.

I left the boys unattended on a mound of snow – because there is no such thing as “hurry” for 4 and 6 year olds – and ran to the car.  It wasn’t there.  I called REI and spoke to customer service.  It wasn’t there, either.

The most fun part of losing your wallet is always telling your husband.  Robert could tell over the phone that I was sort of having a panic attack, so he didn’t question or criticize me.  I could almost cry thinking about how he just tried to help.  He told me to go back up to Spencer and see if we could give him our credit card over the phone to pay for the gear and the lessons.

“Ummm, sorry, ma’am, we can’t do that.” Spencer said.  Spencer’s plans to get married and have kids were pushed back at least five years that day.

Tears were flowing down my face as I apologized to the boys because they wouldn’t get to ski.  They had time for one more snowball fight as I pointlessly looked under the car seats again.  I called Robert back to tell him I was flying to Dallas with the boys as soon as I could, desperate to get away from all of this.  I even planned to go straight to the airport before remembering that my ID would be required to fly – that trip to the airport would have have been interesting.  We loaded up and drove away.

My phone rang, an unknown number.

“Um, Mrs. Scarff, this is Spencer.  I found your wallet.  It was behind the cash register.  And you had filled out your rental form, so I had your number!”

Relief!!!  Sanity!!!  And just like that, the day completely changed (again). I spoke a few unintelligible words of thanks to Spencer, turned the car around, parked, unloaded, and climbed the boys back up that mountain.  Keenly attuned to my every emotion, it was obvious that Wesley and J.W. were now enjoying the “Spencer found the wallet” euphoria much more than the “Mom seems like she is going to injure herself and others” nervous breakdown state from just moments before.

“Can we thank God that mommy’s wallet was found!?!” I asked the boys after I caught my breath.  “Spencer found it and got our rental form out of the trash and called me!!!”

“You did what?”  I asked, no clue what he was talking about.

“I prayed that you would find your wallet,” he confirmed.

It’s a lesson I’ve learned over and over, but it seems as if I needed to learn it again.  I hold on so tightly to control a situation that I forget that “from Him and through Him and for Him are all things” (Romans 11:36a). God has everything under control, but He wants us depend on Him to be God and not ourselves.  My six year old did this by saying a little prayer, and I will never forget it.

The mini-crisis of losing my wallet reminded me how I’ve foolishly depended on myself to manage weightier things in my life.  It always leads to the same place that it led to on this February day in Seattle, a self-blaming spiral down to depression.

I earnestly believe God is good and His plans are good (Jeremiah 29:11), except at times when I am struggling.  In those times, I choose to deny these truths to myself, and I choose to suffer.  I know the way to this place, and I go there quickly.  I know God wants to lead me to relief and rest, but in the fog of suffering, it can be hard to see clearly.

That’s when, I’m realizing, God purposely puts the people in my life who can help.  When I couldn’t do this on my own, God enabled Robert to love me and Wesley to pray for me. Nothing that happened that day was an accident.  I know God gave me the stark contrast of the of the deep valley to the high mountain to illustrate what He wants to do when we COME to him. He wants to find my wallet!  He wants redeem, restore, give joy and give peace, all in His perfect time, and He wants to do that for every single one of us.

Later, I told Robert that Wesley had prayed for me.

“That’s funny,” he said.  “When you first told me you lost your wallet and were so upset, I was just trying to think of anything I could to help.  After I ran out of ideas, I remembered that I should pray, so I stepped out into the hall to pray.  You texted me that you’d found the wallet before I’d finished my prayer.”

What if Robert and Wesley had prayed at the exact same time?  What if God did this so all of us, not just me, could experience His grace and the newness when we come to Him?

“Therefore, if anyone is in Christ, the new creation has come. The old is gone, the new is here!”
-2 Corinthians 5:17

What if I had still continued to be upset and insist we drive back to Seattle after Spencer found my wallet?  That would have been insane.  I do it all the time though.  God offers me a new way to deal with my trials and insecurities, but I stubbornly refuse to accept His amazing grace and way out.  I have to continually remind myself that I am in Christ and that I don’t have to go back to my old ways that have never worked.  It’s so easy to forget when the stress rises and my wallet and hope are lost.

Yet, God keeps working on me and showing me over and over that hope is never lost and He is near.  I saw this in my sons’ smiling faces as they got to ski.

“Yet even in trouble, those who depend on God and believe in His Word receive peace.” -BSF

“COME TO ME, all you who are weary and burdened, and I will give you rest. Take my yoke upon you and learn from me, for I am gentle and humble in heart and you will find rest for your souls.”
– Matthew 11: 28-29 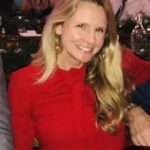 Alexis is a wife and mama to three. She is a lover of honest dialogue about mental health and motherhood, a believer in the life-changing power of scripture and a reluctant hockey mom. Through God’s divine intervention she met her husband Robert at concert in 2008 and hasn’t been the same since. He is an independent film producer and she will honestly talk to you about that wild ride too!! Her Instagram bio reads “ponder anew what the Almighty can do”, a lyric from a favorite hymn, because she attempts to live in awe and wonder of what God has done and continues to do all around her!