Kickin’ it in the New Mizuno WaveRider 20 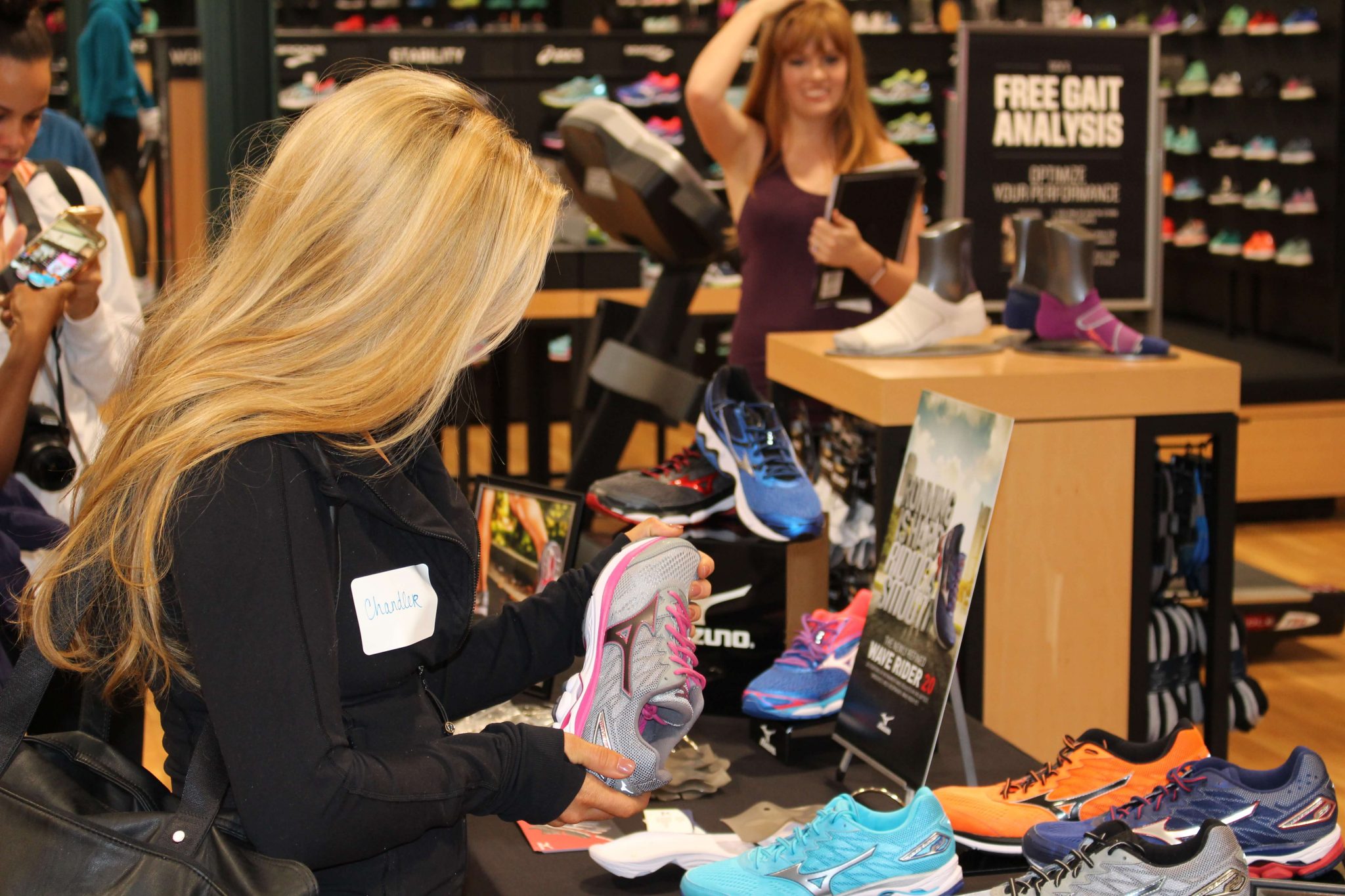 07 Nov Kickin’ it in the New Mizuno WaveRider 20 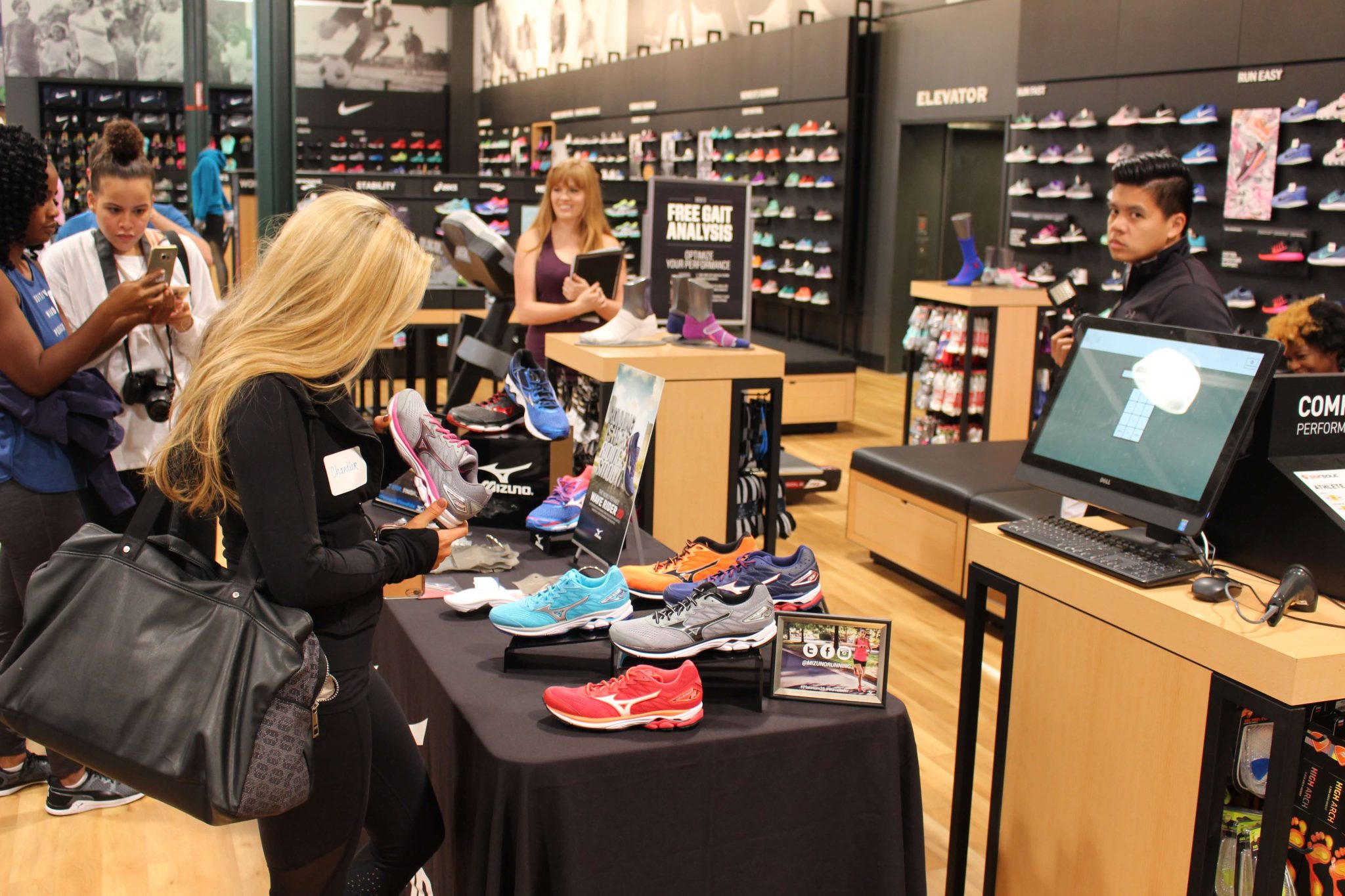 FYI… This post is sponsored by Mizuno. As always, I only choose to work with brands that I actually endorse… duh! All words, photos and recommendations for the Mizuno WaveRider 20 are my own!

I’m celebrating this Monday morning. It’s Monday. It’s overcast. It’s finally not 88 degrees outside. I’m a happy girl. I also need all the coffee… it was a WHIRLWIND of a weekend [the week was insanity too…] and I’m trying to recover from the up’s and down’s of the entire thing. I need coffee and a workout and Jesus and I’m so excited for a new week to begin. I can’t even begin to explain to you the past week… B had to get stitches, my grandmother was in the hospital [thankfully, she’s on the mend, but we were scared and flew down to Austin to be with her], I was in the throws of planing the Rhapsody in Red Charity Gala on Saturday and found out my identity had been stolen, hung out in the social security office and comptroller’s office [no… I do not owe 4 figures in child support… my only child lives with me… and my husband, his father, who I am most definitely still married to last time I checked!], so there were a lot of stressors.

There were also SO MANY good points in the week! B loved Halloween, the weather turned colder, I got to see my mom and grandmother, I was able to catch up with my college friends at a birthday party and the charity gala was a HUGE success and I met some of the most wonderful people through it! I switched out my wardrobe from Spring/Summer to Fall/Winter, which may be my most favorite thing to do every year, and I also had the chance to try out the new Mizuno WaveRider 20 running shoes with some of my fun, blogger friends! It was a whirlwind… there were lots of crazy moments, but the weekend most-definitely ended on a positive high! 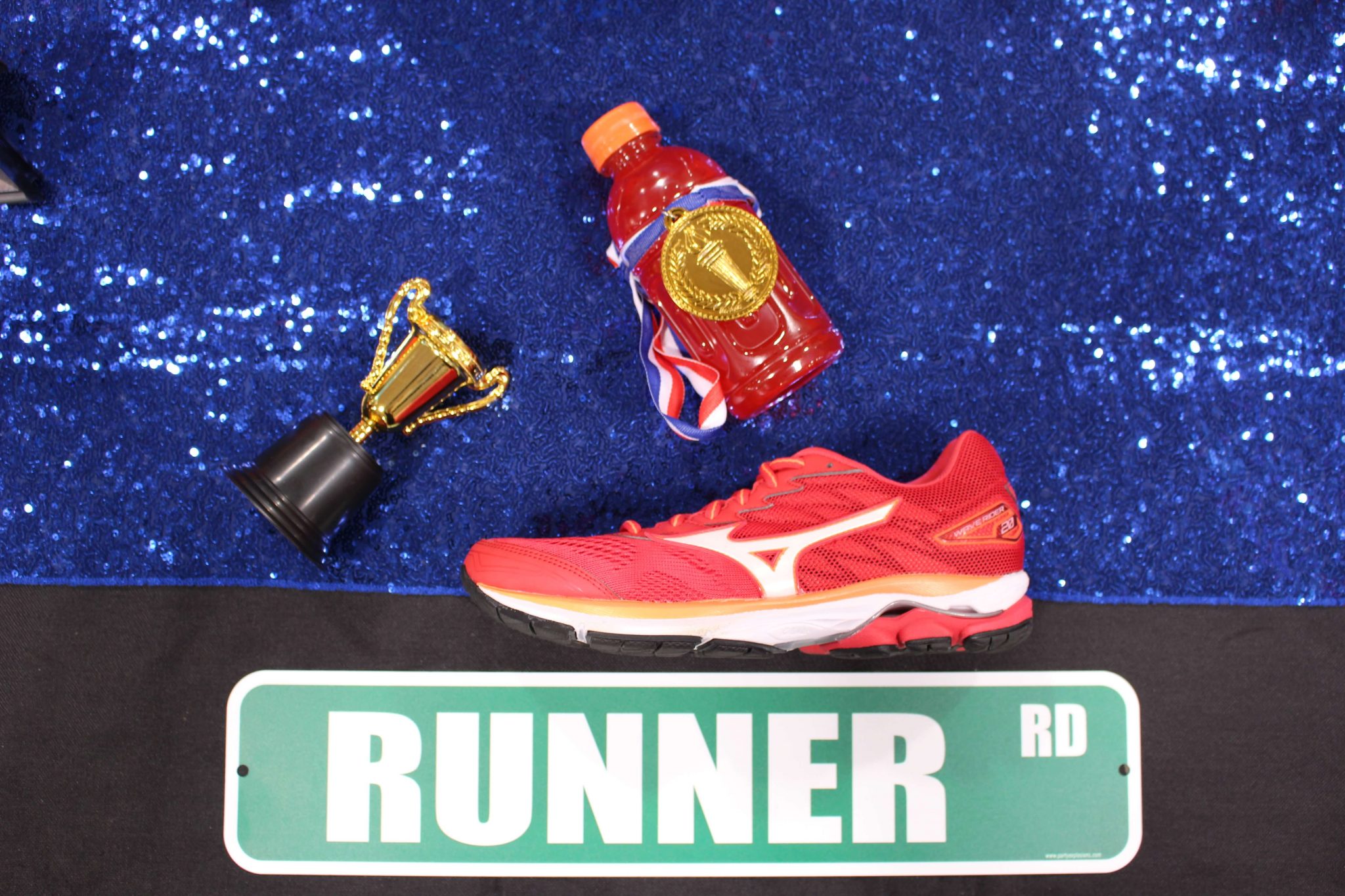 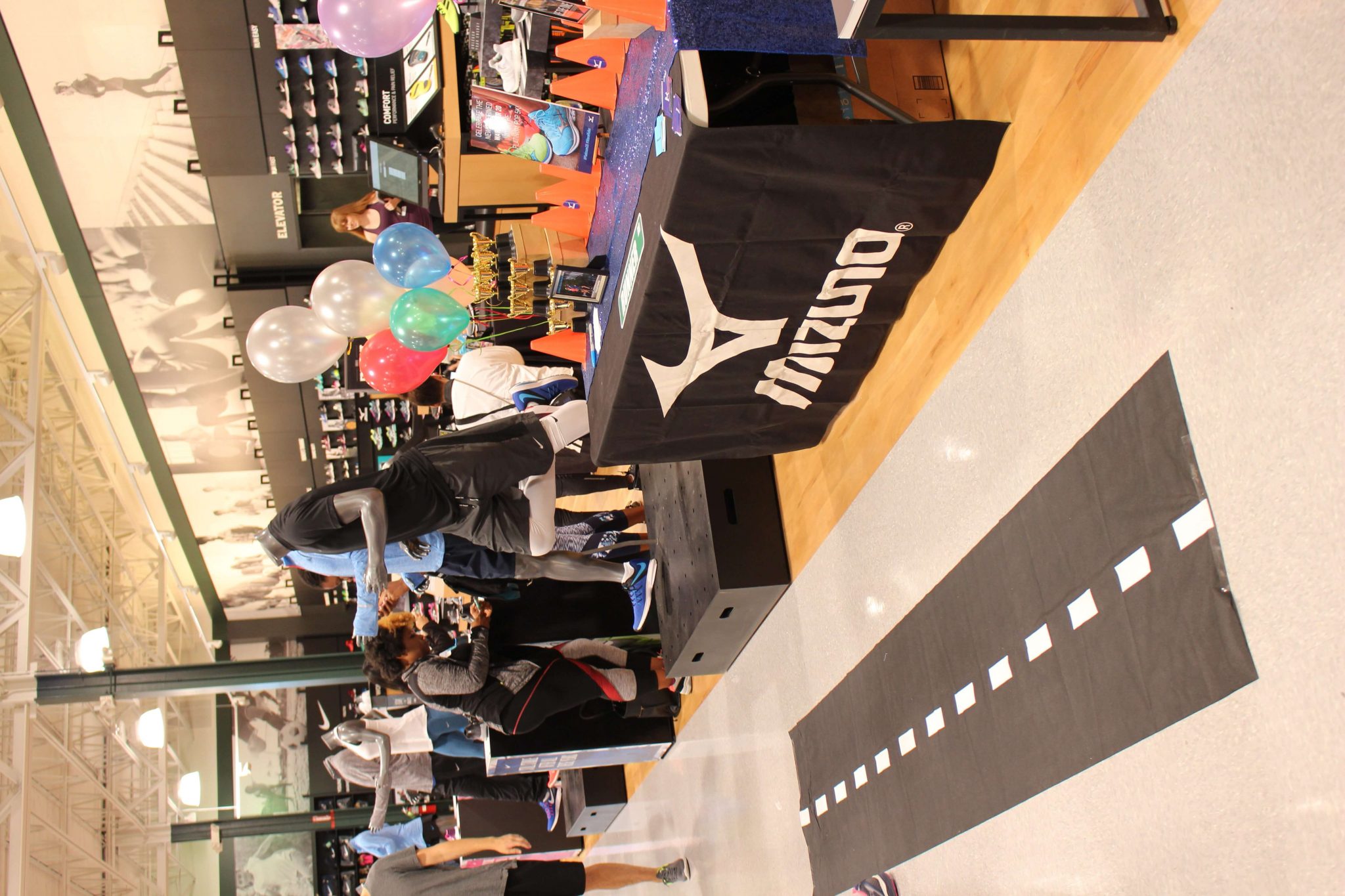 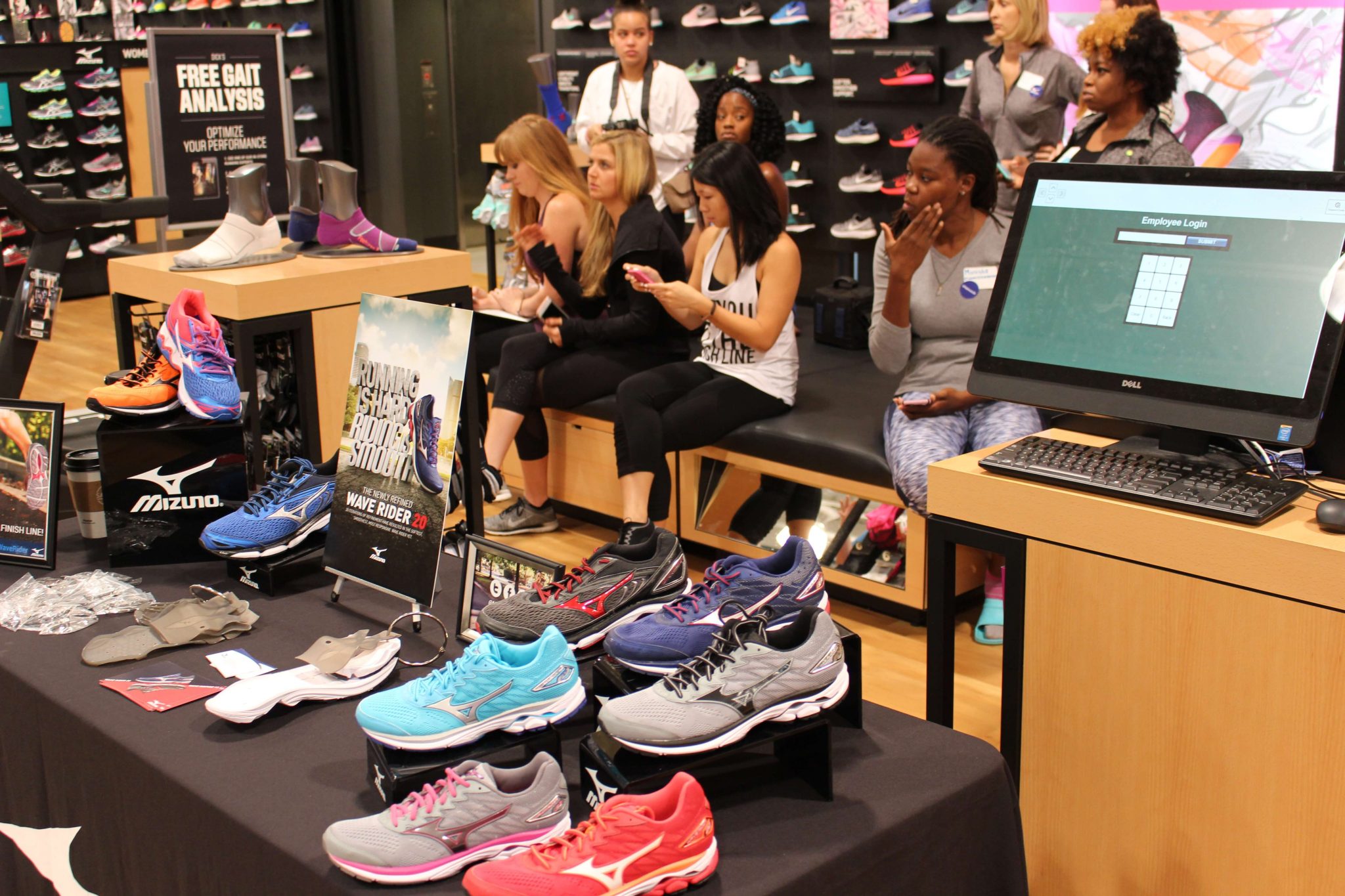 I’m super excited to tell y’all about a REALLY cool event I went to on Saturday… Last week I told you about Rhapsody in Red and, yes, I definitely went to that [more on the gala later], but I also had a fun party to stop by that morning! Busy weekend… My new favorite athletic apparel brand, Mizuno, invited me to attend an event as a paid influencer to showcase their new WaveRider running shoes! And let me tell you now, I am most certainly a believer in their running shoes, especially the Mizuno WaveRider 20! 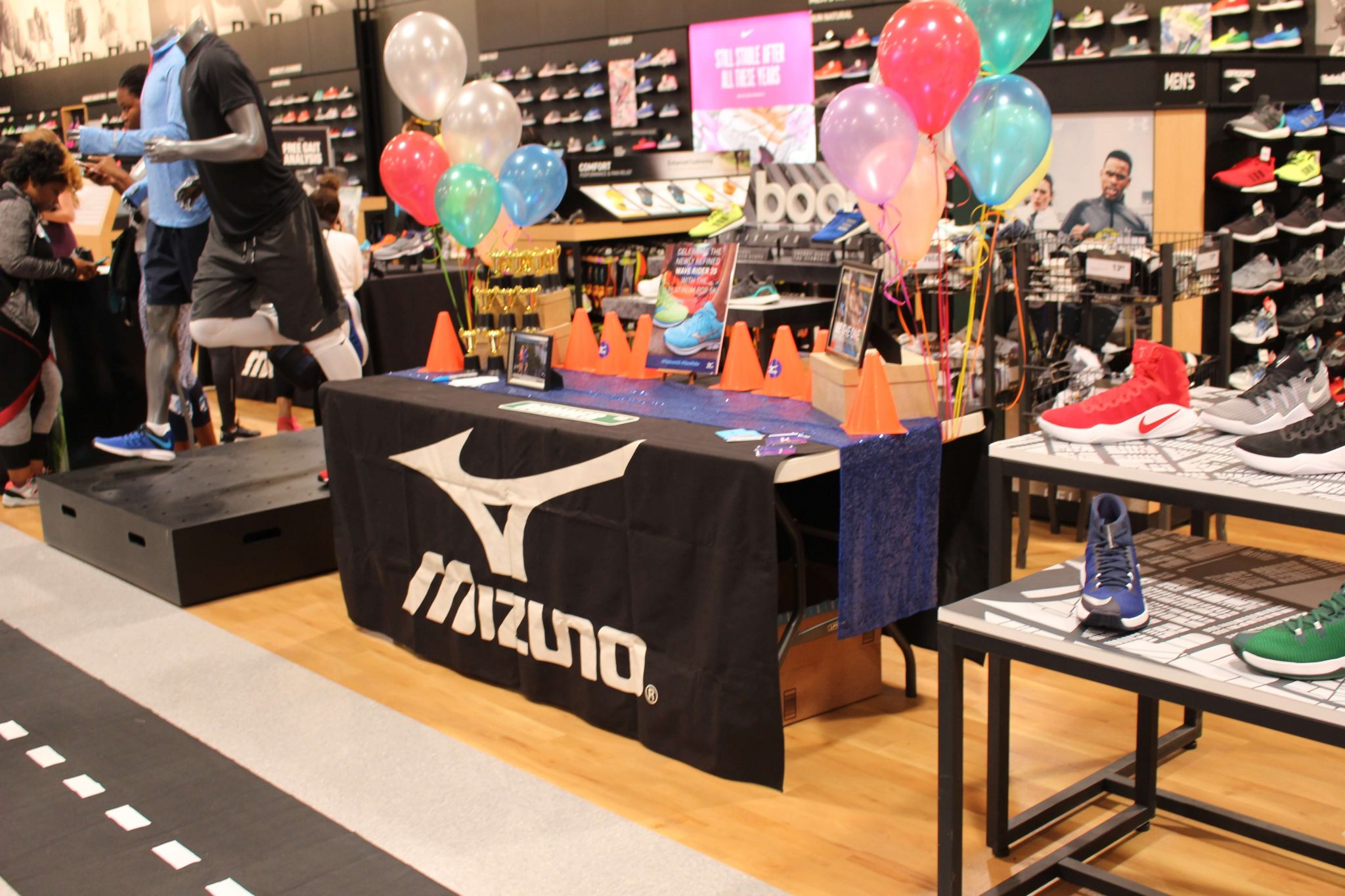 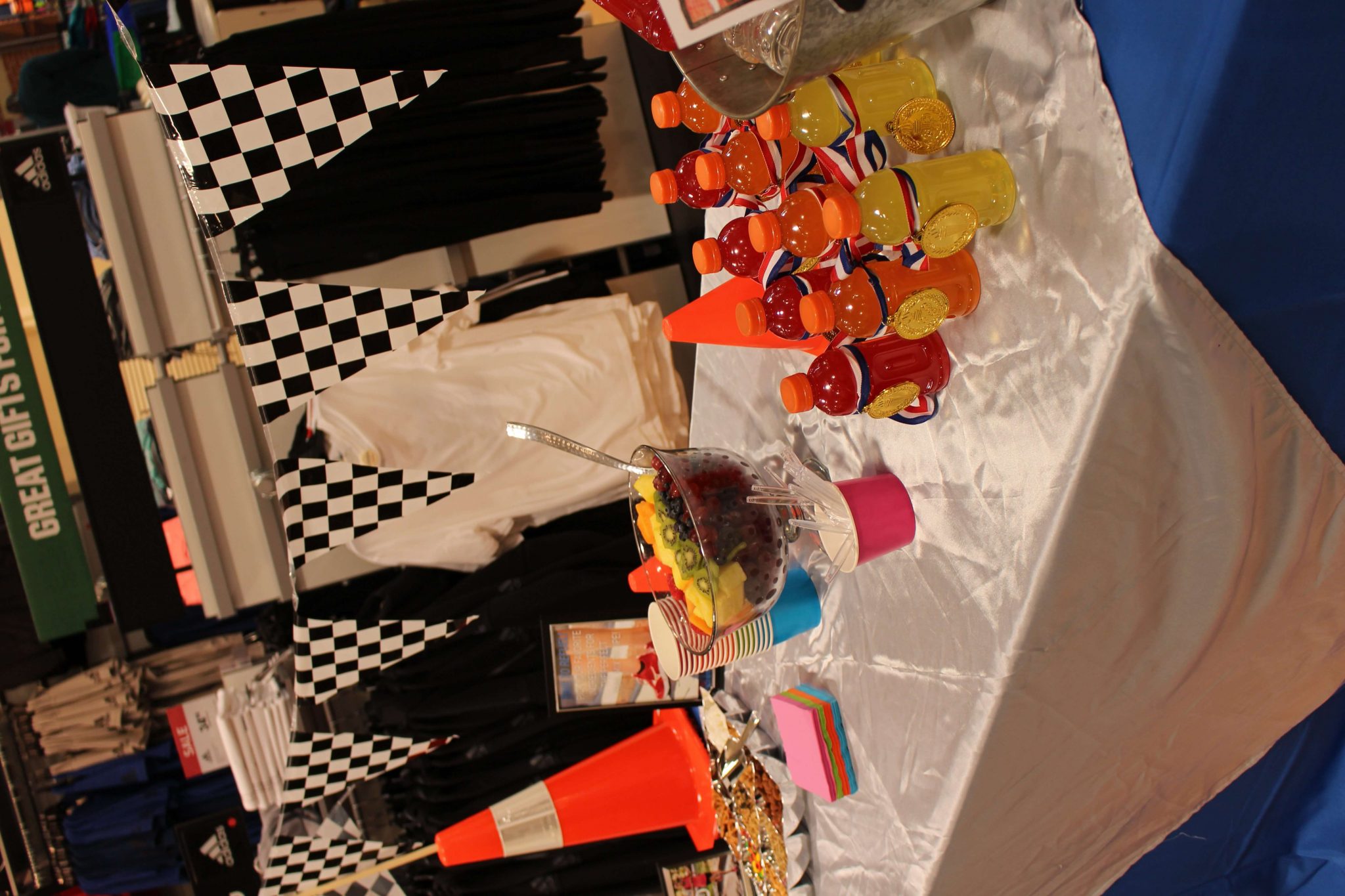 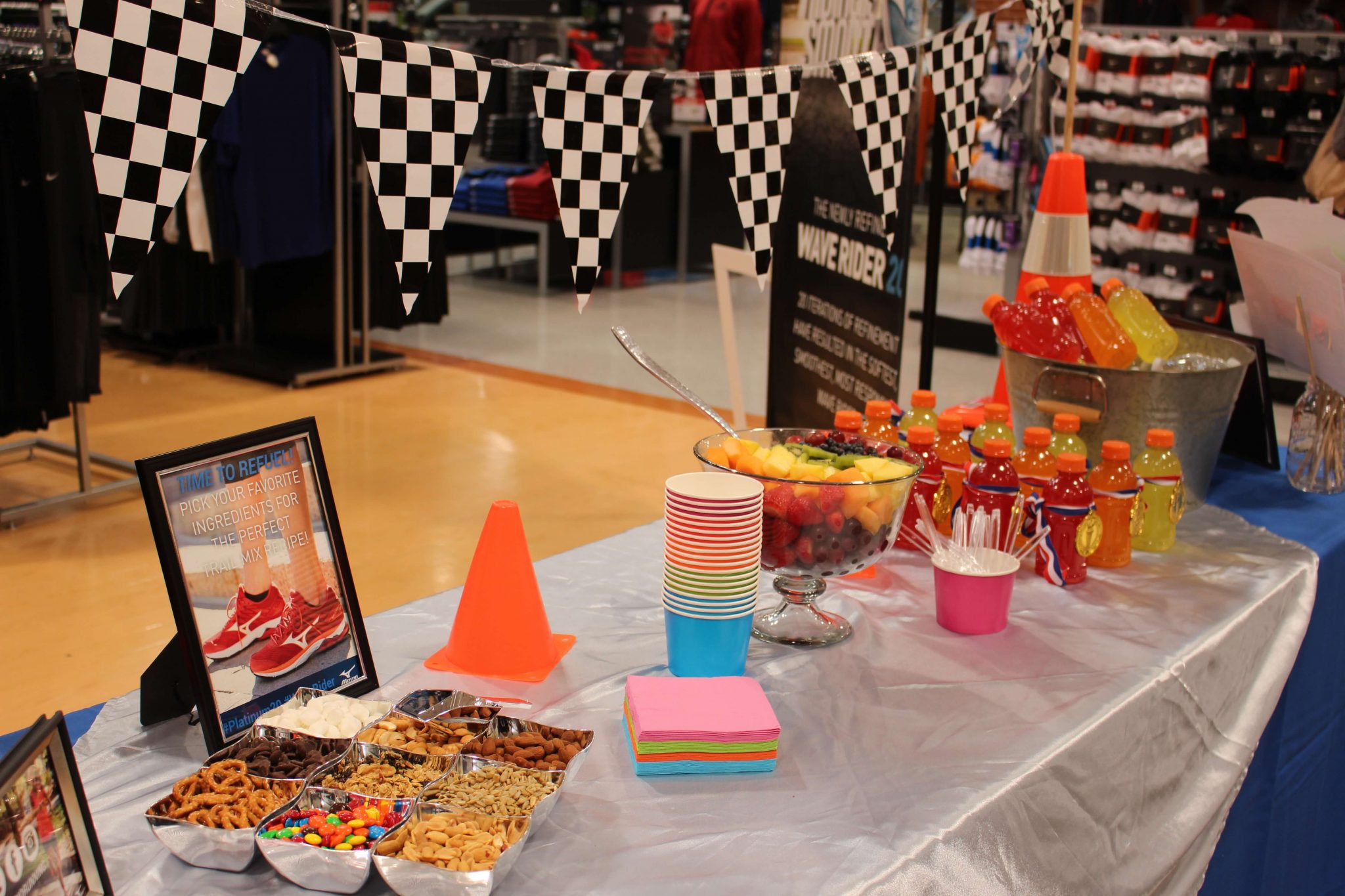 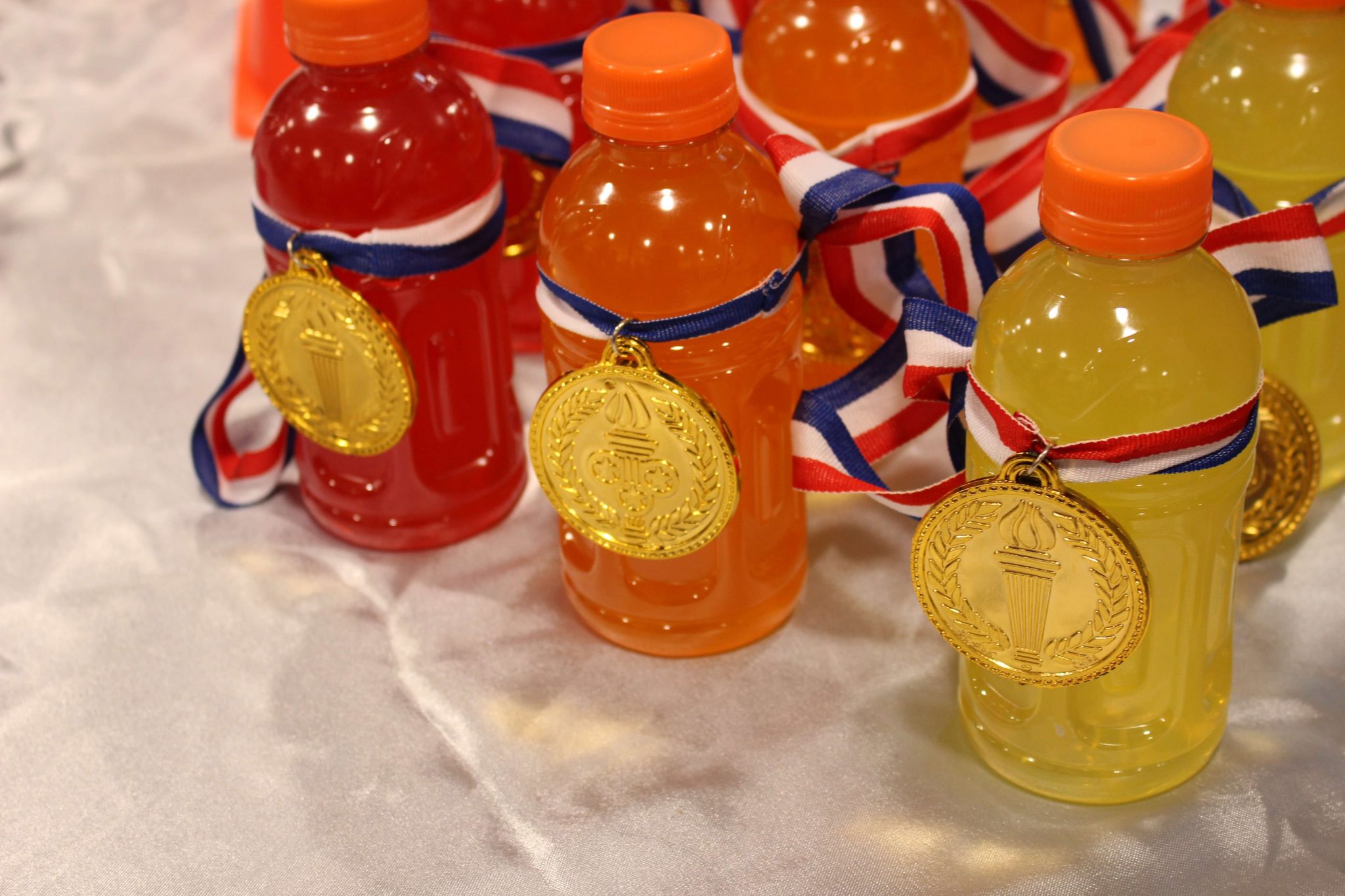 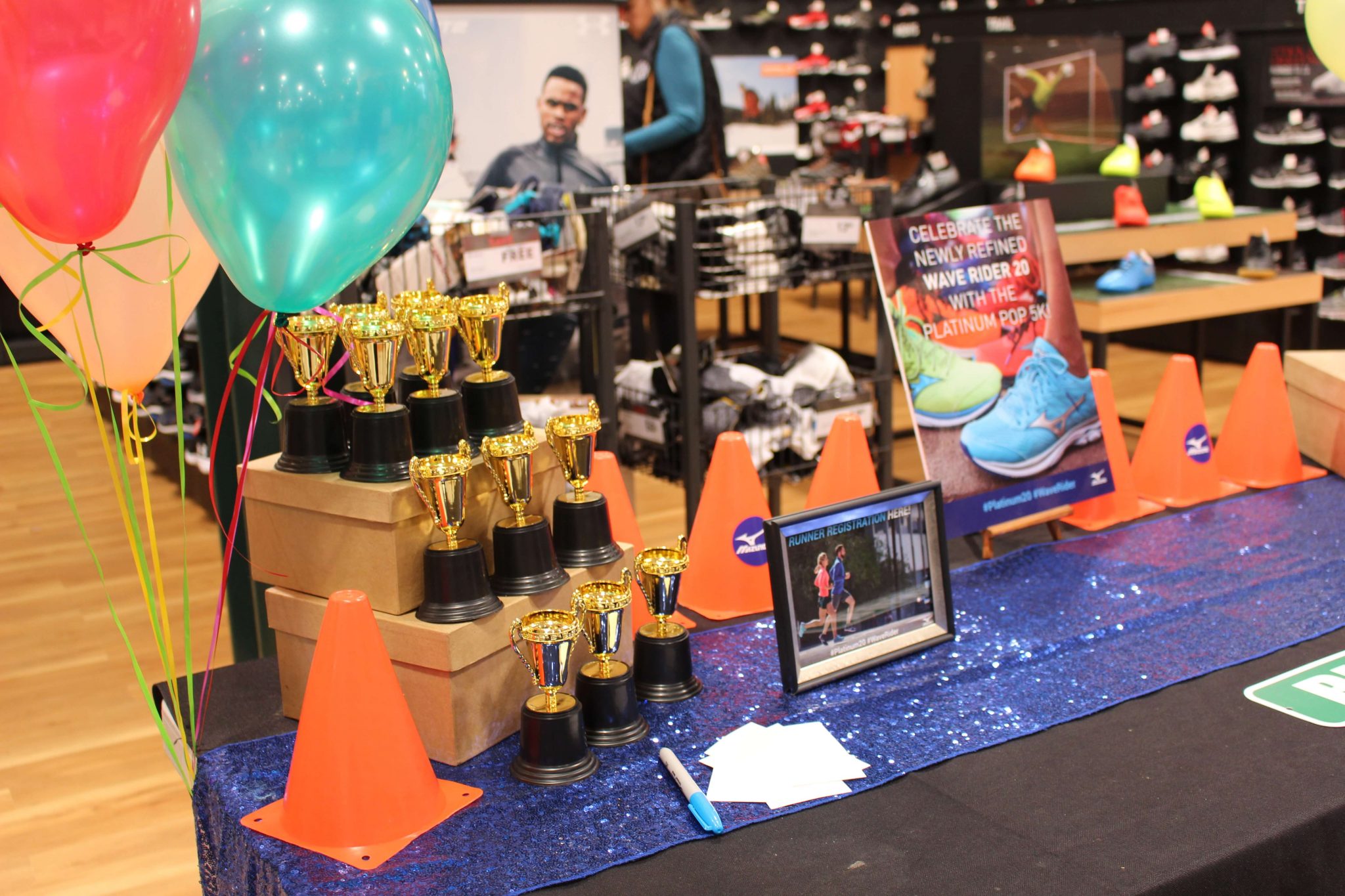 On Saturday morning, F and I drove up to Allen to check out the new Mizuno WaveRider 20 running shoes at Dick’s Sporting Goods. My friend, Jessica Bradshaw with LoveYouMoreToo, hosted the most awesome party there celebrating not only the new shoes, but the new Footwear Decks at Dick’s! Now, Dick’s Sporting Goods is fully equipped to fit you for running shoes! It’s a wonderful option if you don’t have a running store nearby and their shoe selection is really great! Jessica did a fabulous job of creating a fun party for us! The food and decor were race-themed and just PERFECT! 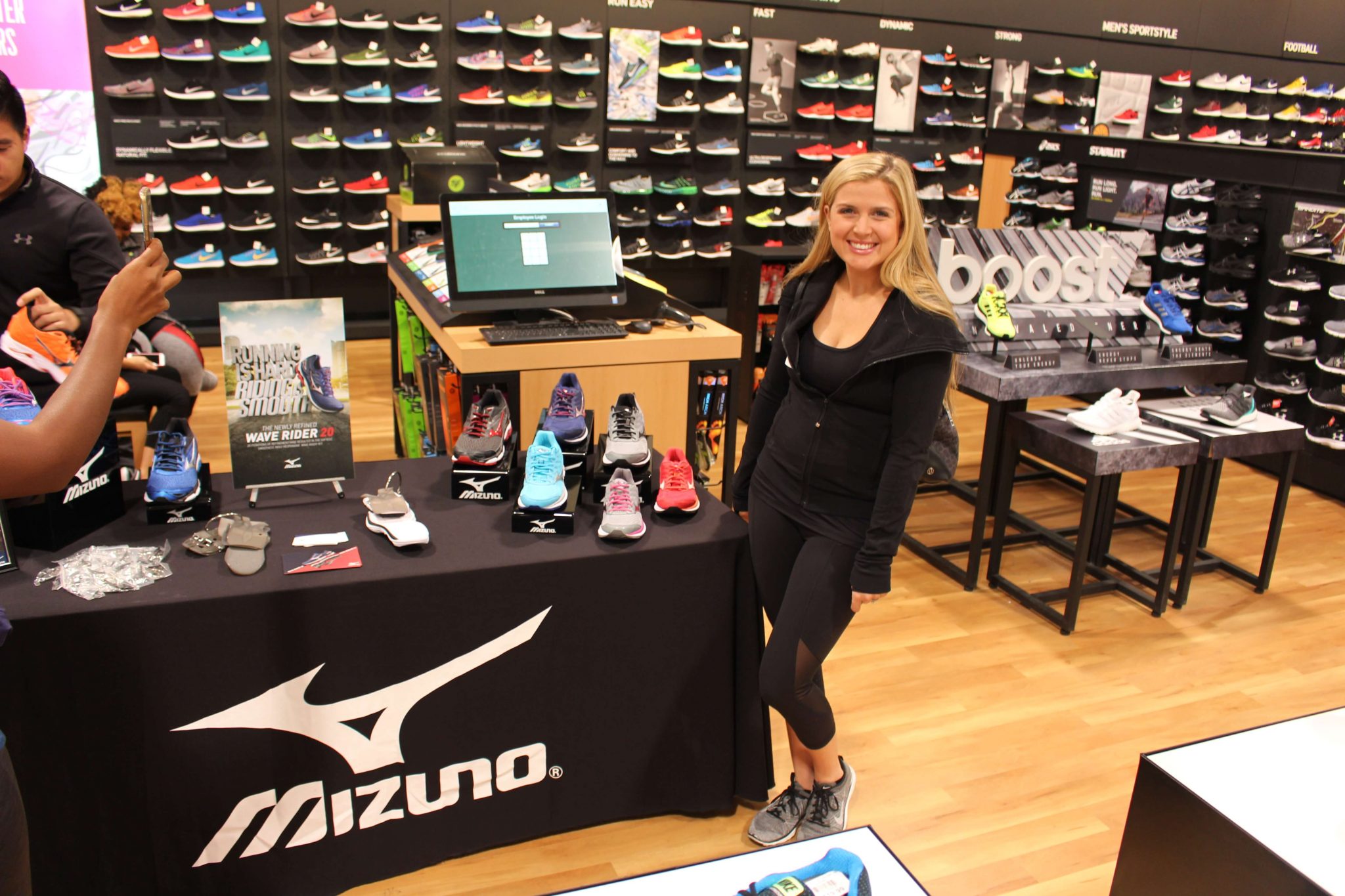 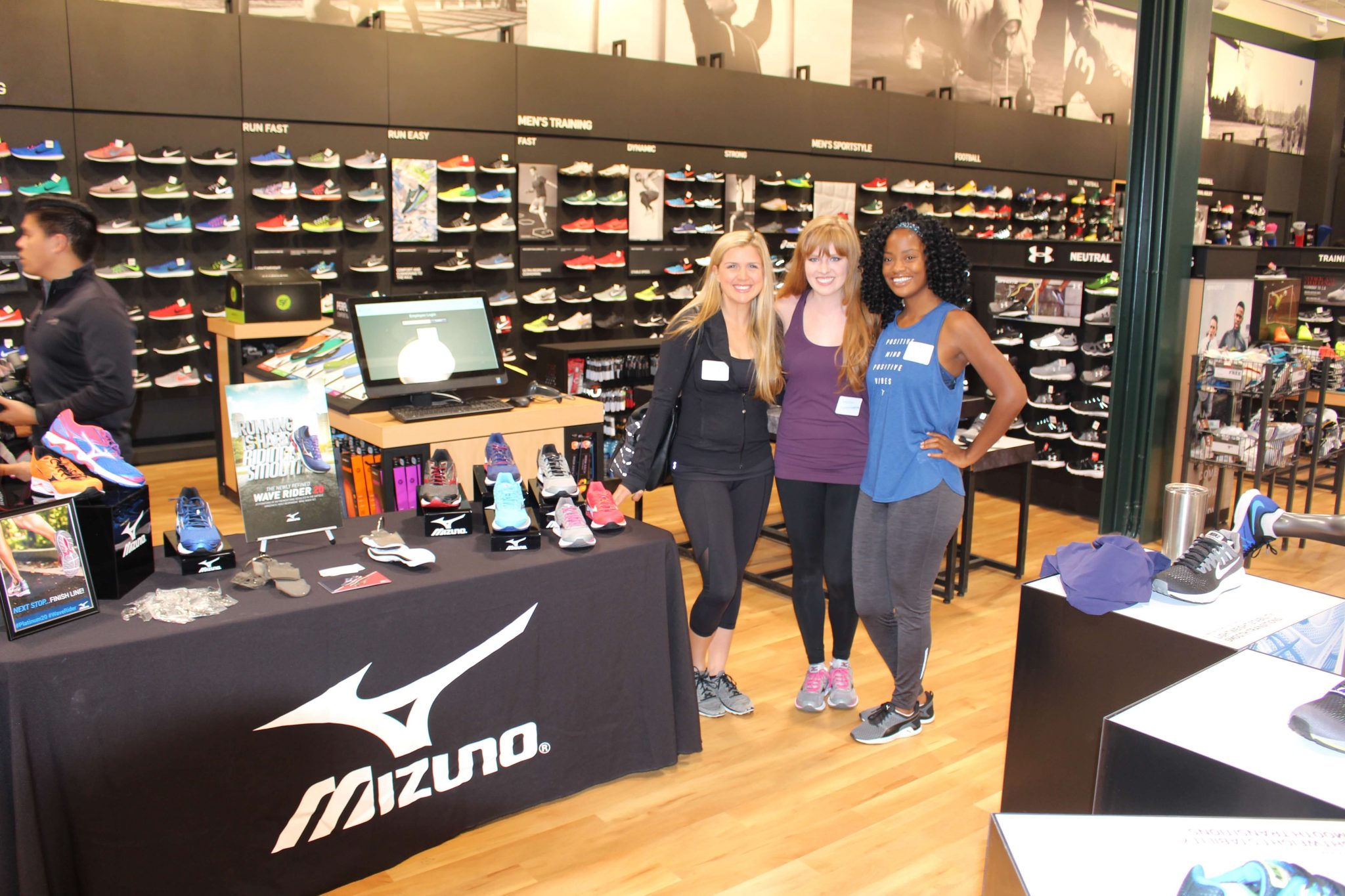 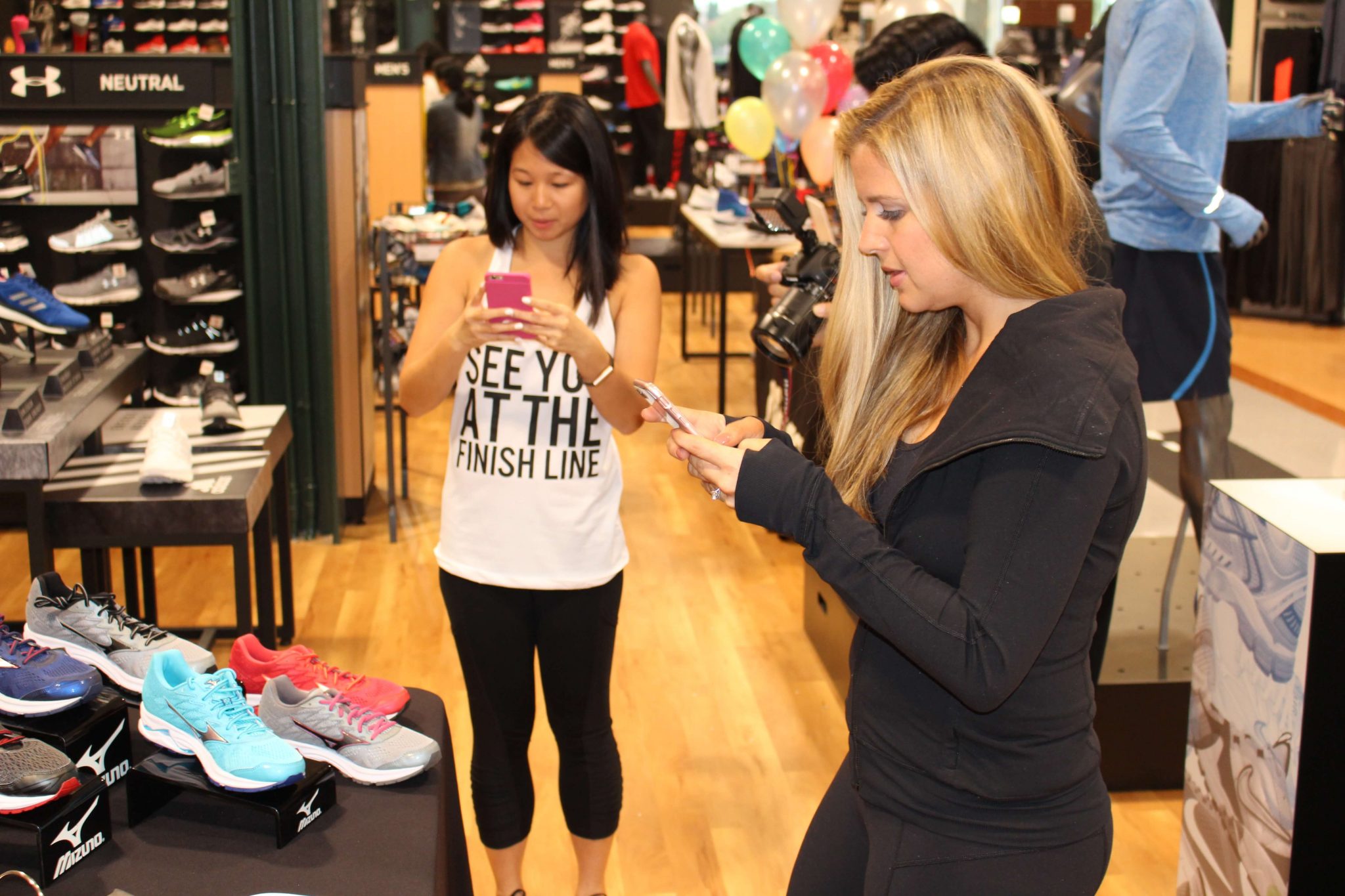 We came in and hung out and took a look at all the amazing Mizuno products they had there. I didn’t know much about Mizuno prior to this, but I certainly know a lot now! Mizuno, which is a Japanese brand, has actually been around a long time… in fact, they are currently celebrating the 20th anniversary of the WaveRider running shoe. Since I didn’t know much about it, I asked a lot of questions and here’s what you need to know:

The WaveRider shoe has a wave plate inside the bottom of the shoe, under the heel. Most shoes have a layer of foam, which cushions really well, but can wear out unevenly depending on where your foot’s pressure point hits the most. The wave plate allows the shoe to evenly disperse the pressure of each step across the shoe, keeping the integrity of it a lot longer. 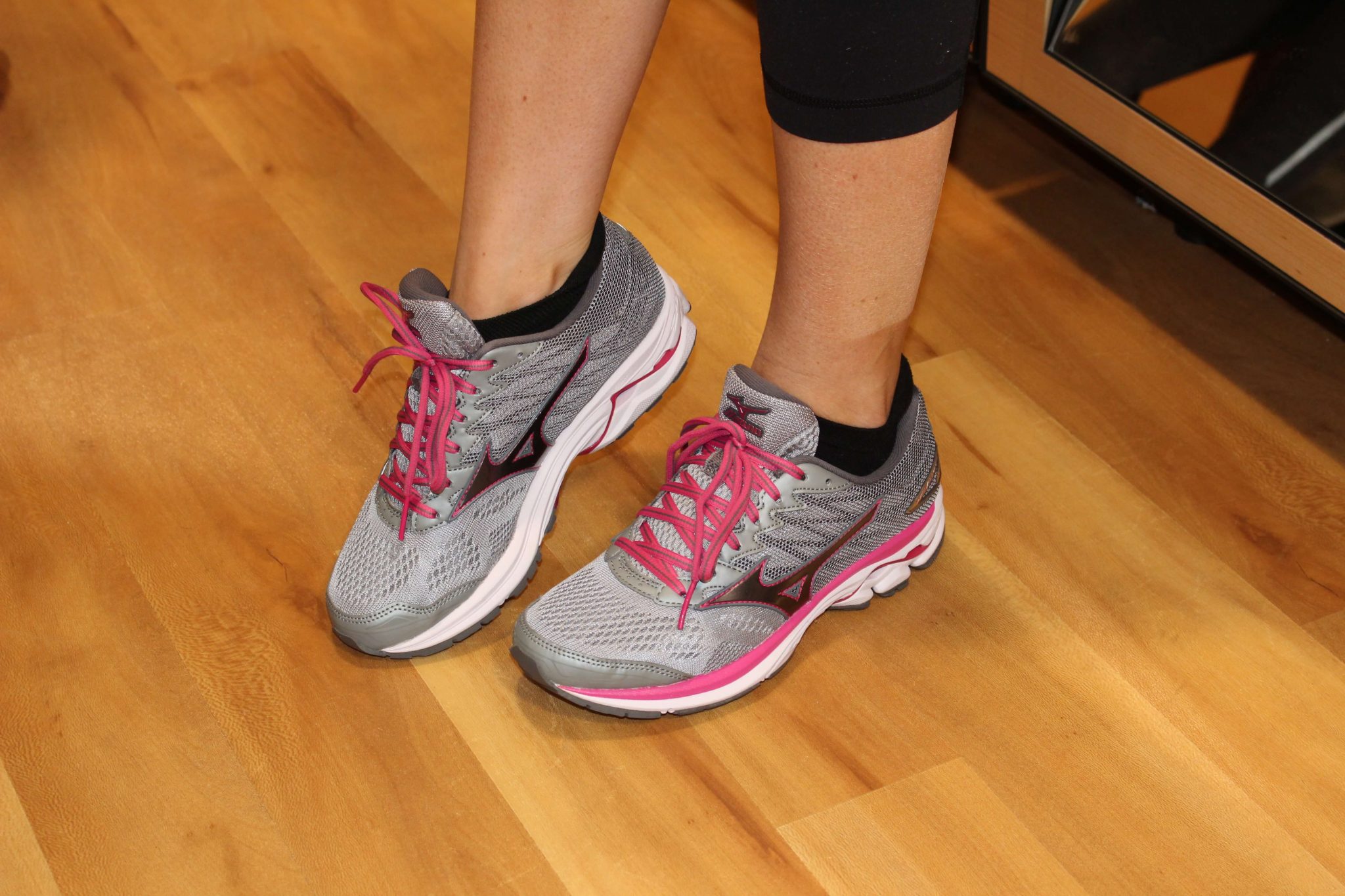 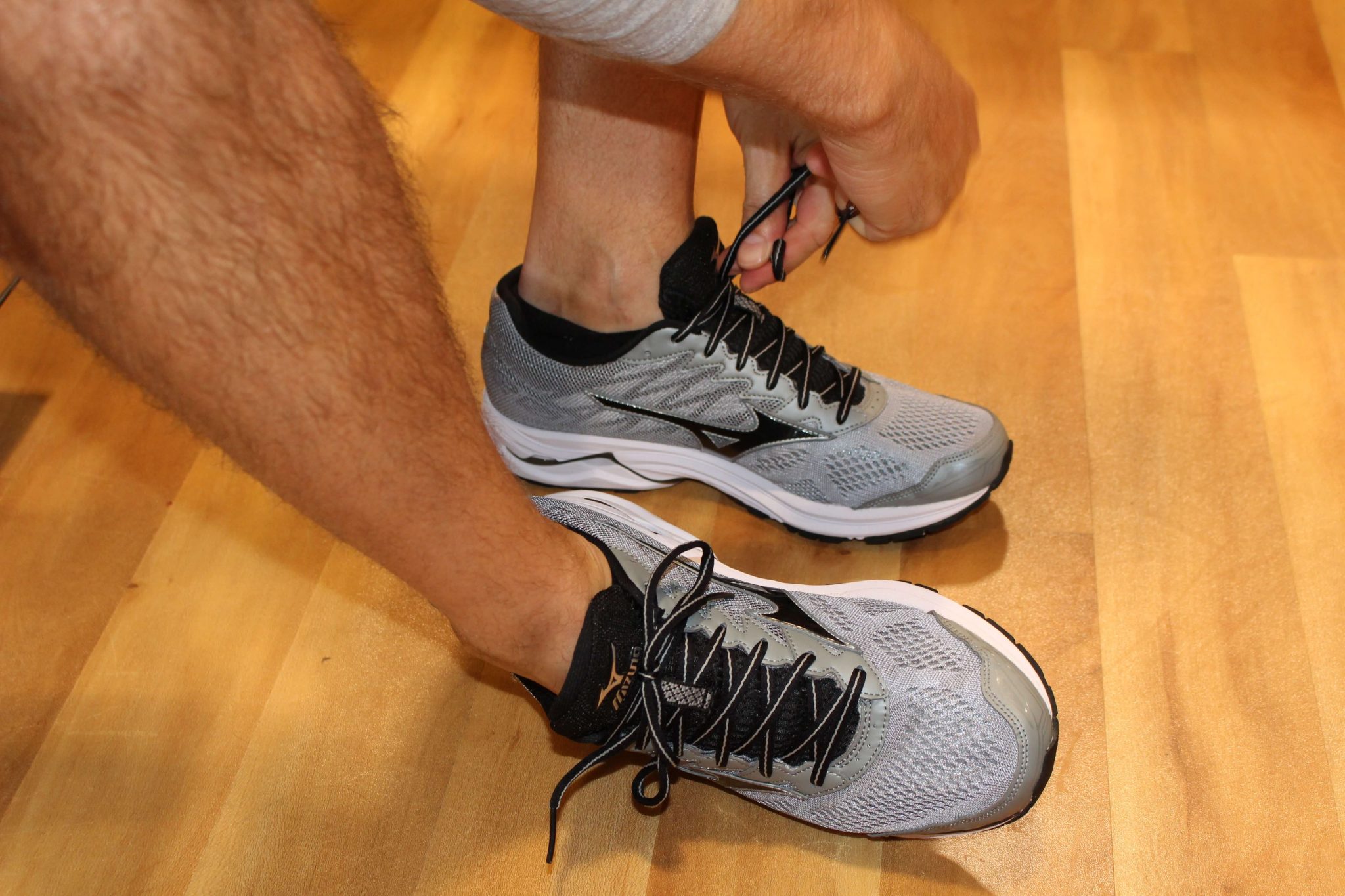 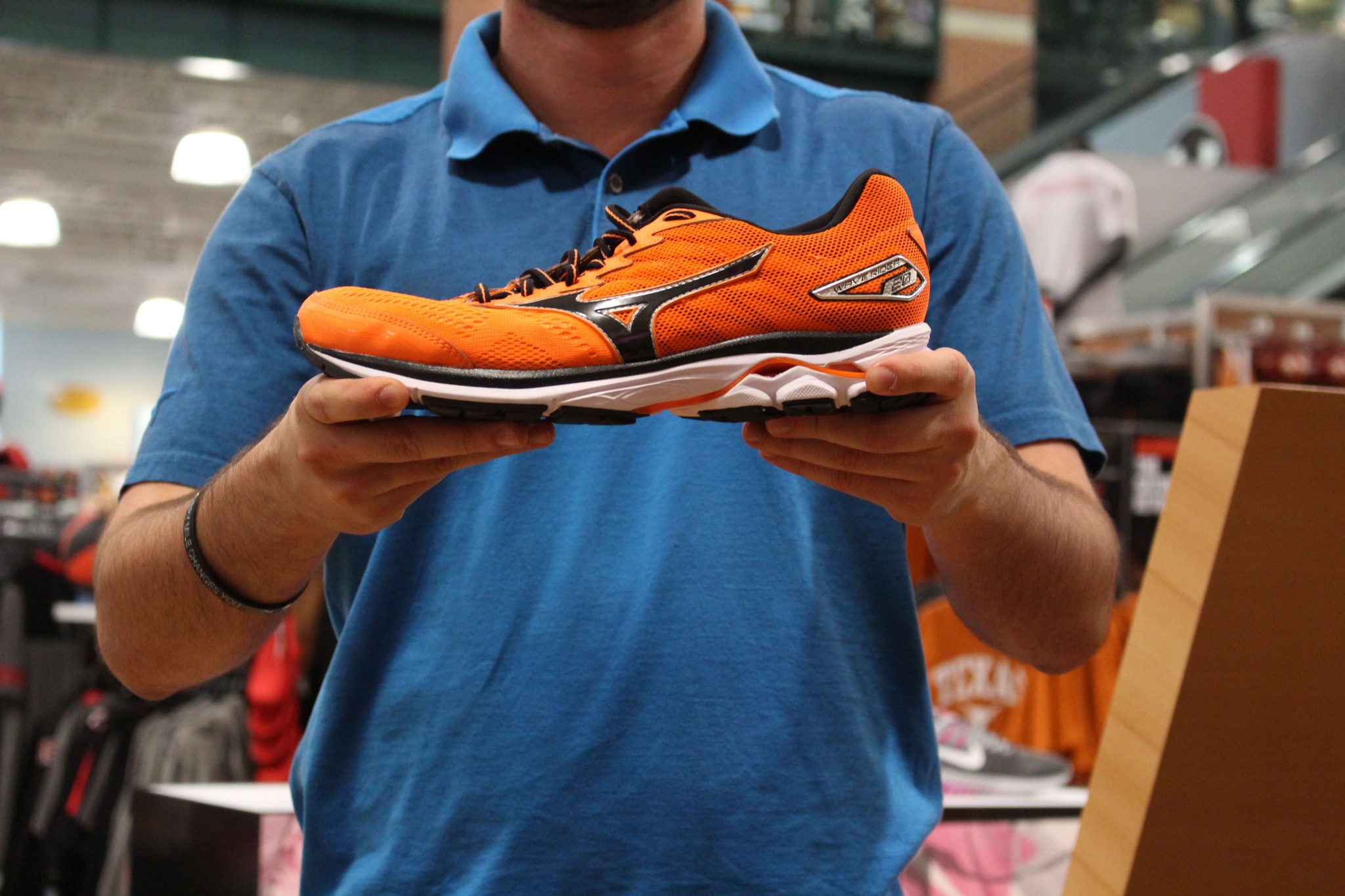 Because of that, the WaveRider tends to be a lot more stiff and hard beneath your feet. This year, for the release of their Platinum 20th Anniversary WaveRider 20‘s, they’ve made some changes to make the soles of the shoes softer, the top of the shoes stretchier [so they can really hold your foot in] and the look of the shoes more fashion-focused. I’m loving them.

Once we had a good chance to learn about the shoe, we were all in for a fun surprise… We each got a pair! 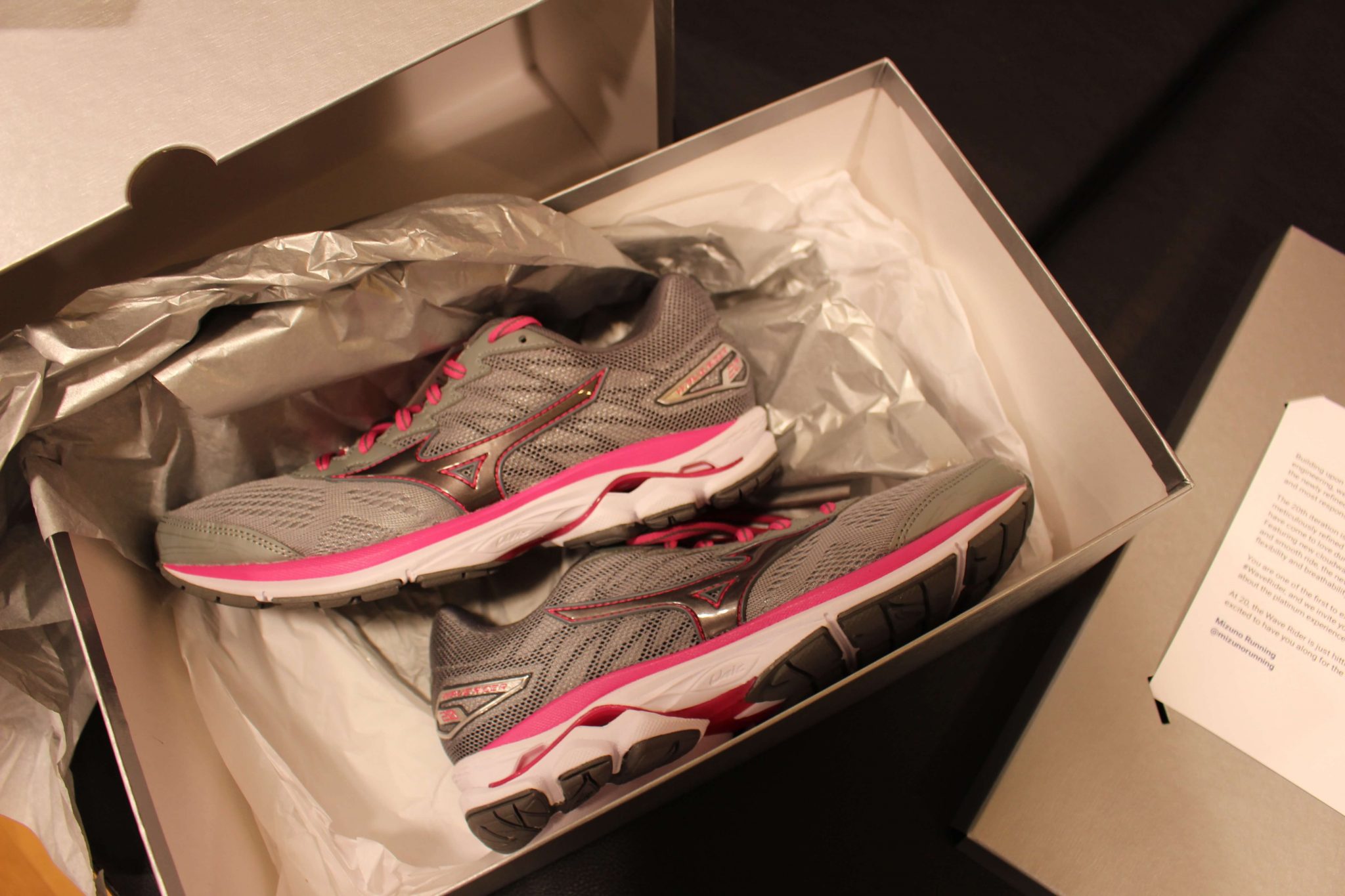 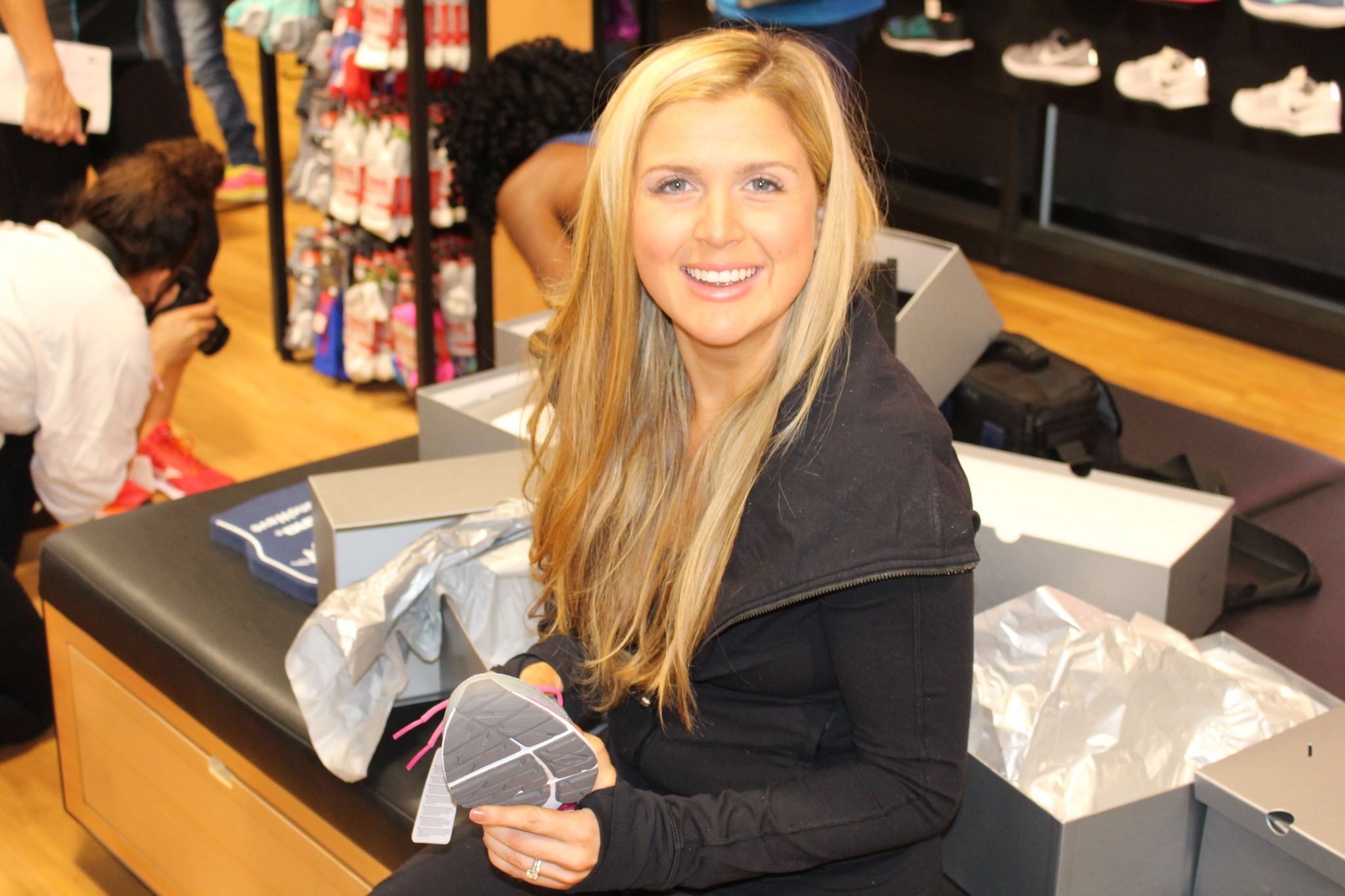 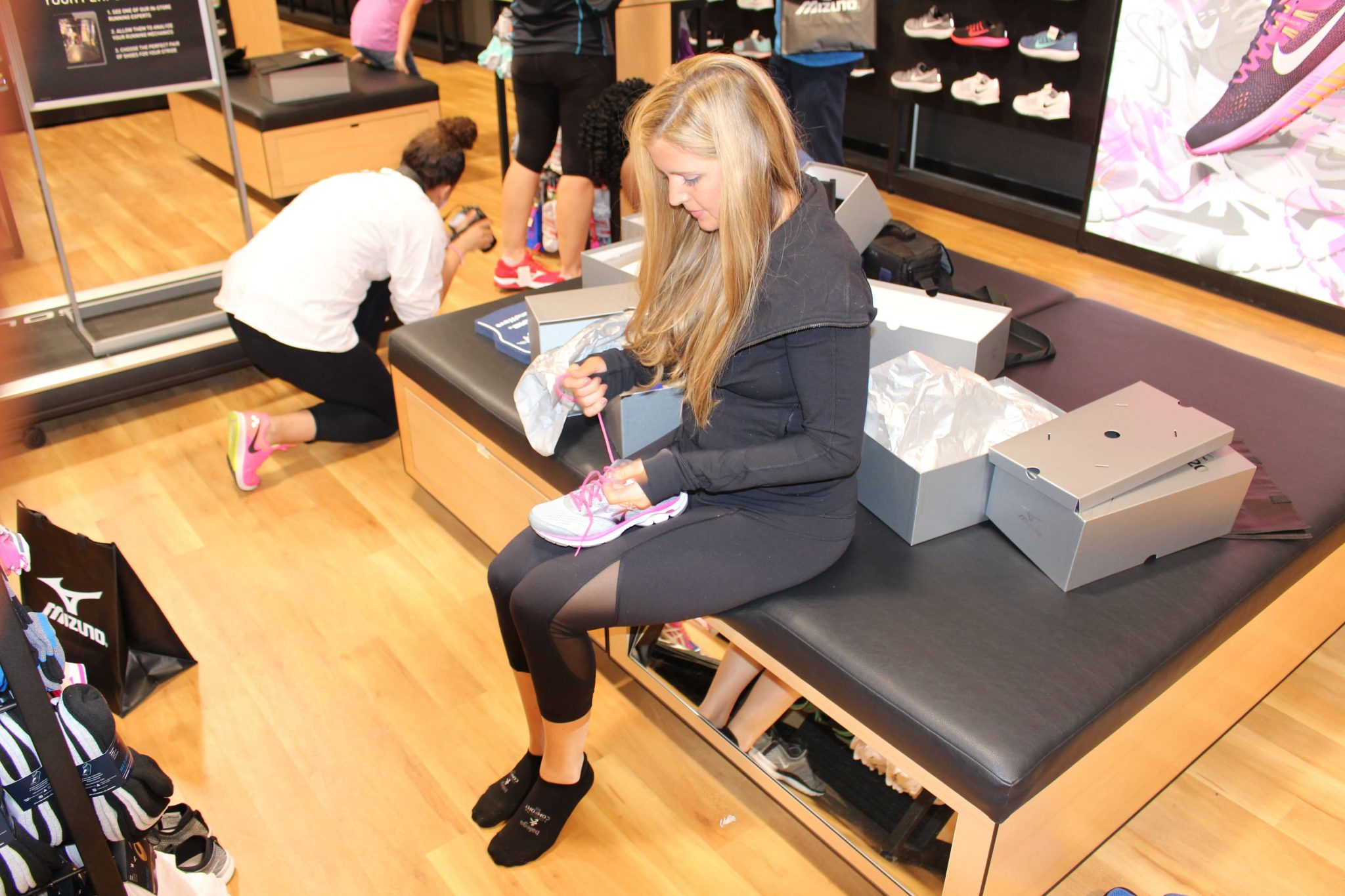 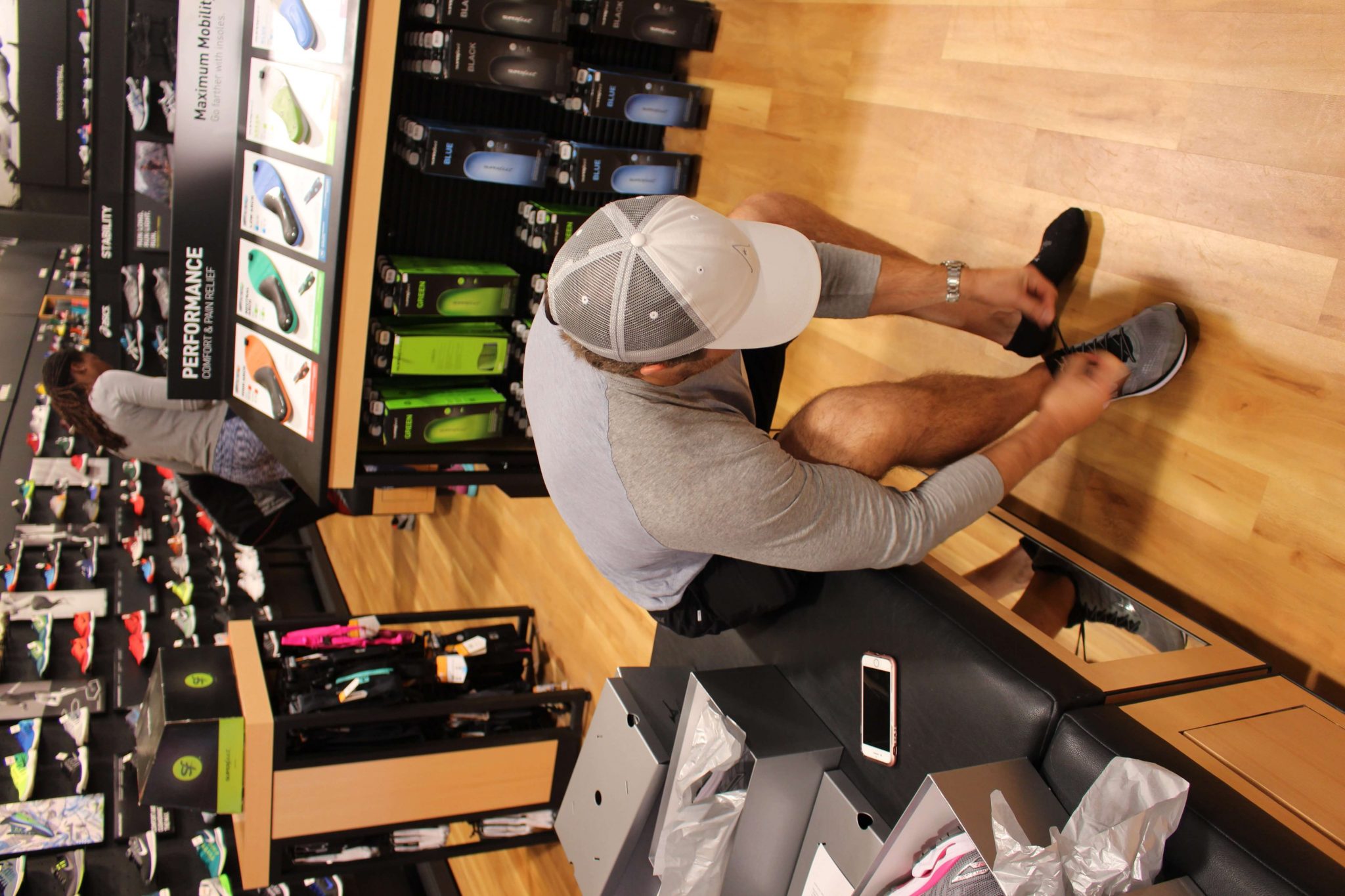 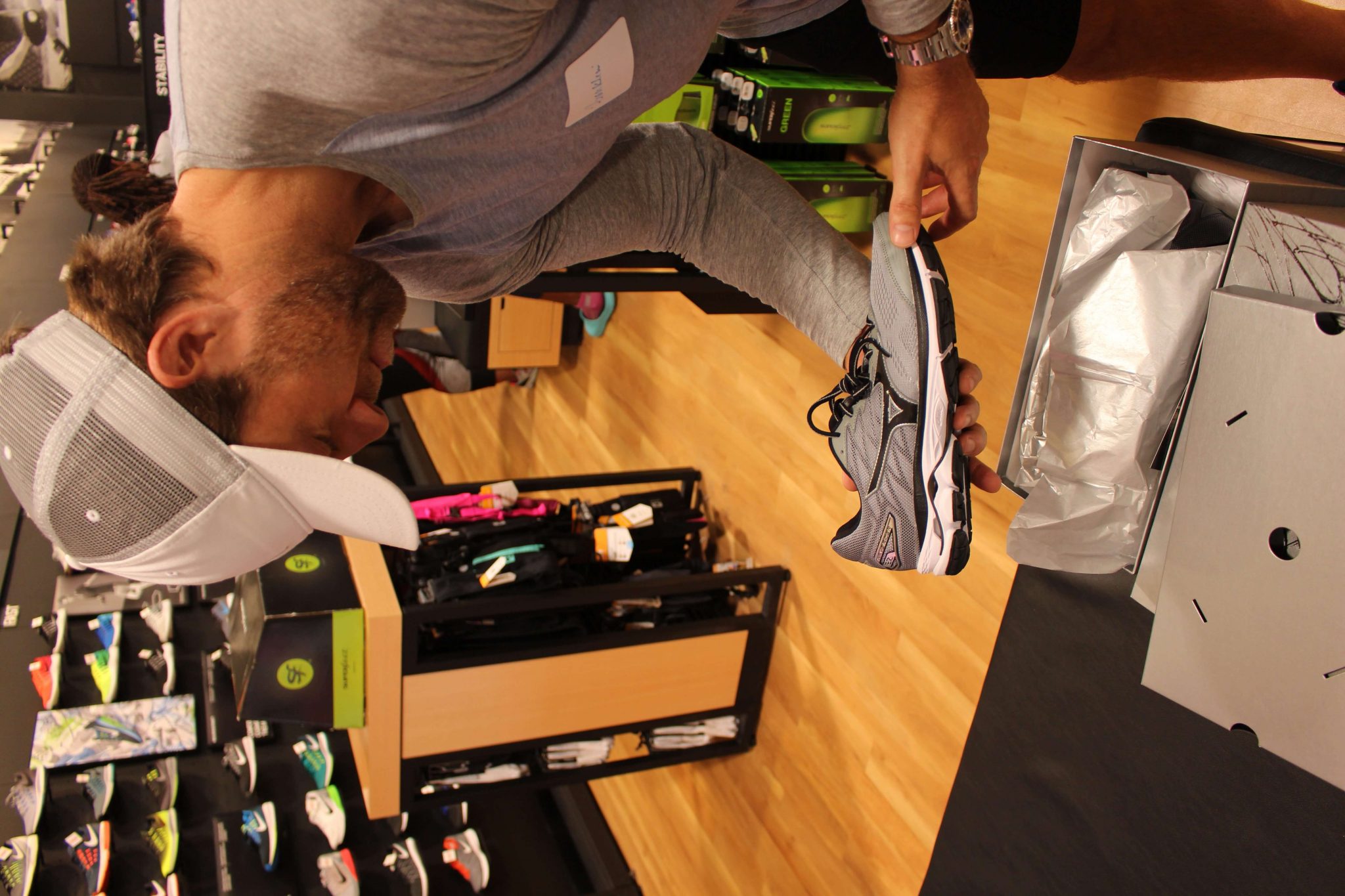 Of course, we all immediately put our shoes on and then an announcement came that we would be trying them out immediately… F and I thought for sure it would be a workout, but instead… it was a competition… We competed in a scavenger hunt throughout the store! Next thing you know, everyone was running around Dick’s Sporting Goods at 10am on a Saturday yelling things like “I need sunscreen!” and “Where are the Sports Bras?” I ran up the escalator about 14 times and laughed the entire way!

Of course F and I were super competitive… and it paid off… we ended up winning! Yay!! Check out this Facebook LIVE post from the event!

The new Mizuno WaveRider 20 running shoes are VERY comfortable. I liked the way they felt under my feet as I ran around Dick’s Sporting Goods like a weirdo… Who knows? Maybe I’ll get back into running again! I now have a sharp pair of shoes to get my feet moving again!