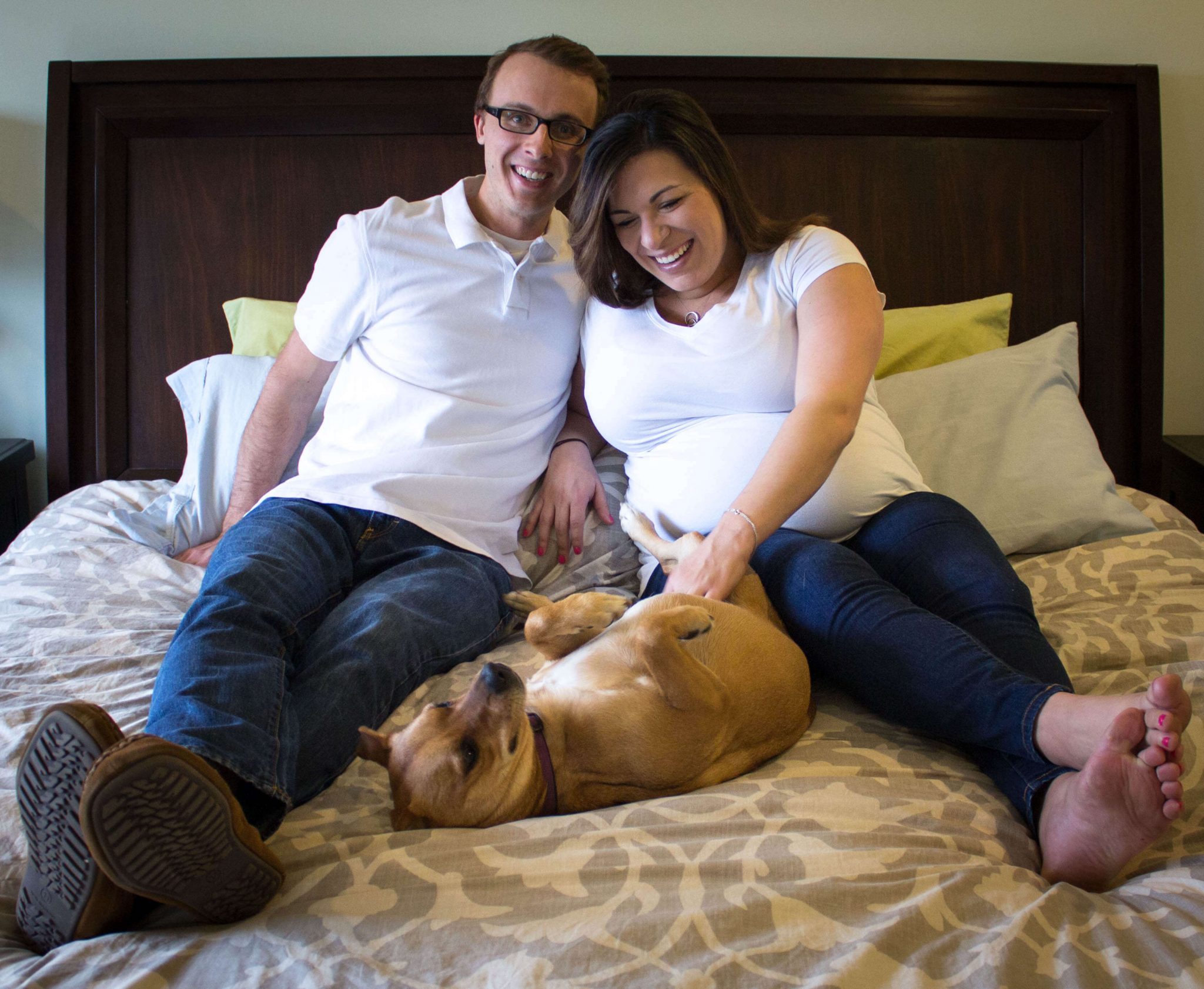 My husband, Eric, and I are college sweethearts. We started dating when we were 19 and have been inseparable ever since. We got married 6 years later and quickly settled into married life. About a year and a half into our marriage we began to have “the talk”- I was ready for kids. It took a bit of coaxing on my part but I finally got Eric to agree to the “trying without trying” method. Little did we know how quickly that would be cut short.

About a month later I noticed a lump on the side of my neck. It wasn’t bothering me but I decided to get it checked out. Even though my doctor assured me it was nothing, we decided to get a few tests done. After weeks of blood work, CAT scans and biopsies, the lump on my neck tested positive for Hodgkins Lymphoma. I was 26, we had just bought a house, just adopted a puppy, I was not prepared for this. Eric bravely stood by my side during the weeks to come when we had to rush testing before I could start chemo. Since I was young and we still didn’t have any kids, my oncologist had suggested to me that we consider getting my eggs harvested. She said some people are able to naturally conceive after chemo and some cannot, there’s no science around it but we would rather be safe than sorry. I agreed and before I knew it, here I was visiting a fertility specialist at the age of 26. We had to rush the procedure given that I needed to start chemo right away. I was put on high doses of hormones and shots. What takes most people over a month, we completed in just under two weeks. I was very lucky, we ended the procedure with 18 viable embryos while most people would end of with 10-12. To be honest, as crazy as it sounds, I always considered having my eggs harvested to be the blessing of getting diagnosed with cancer. I have polycystic ovarian syndrome and infertility runs in my family, I felt blessed to get to go through this at a young age and have the turnout that I did.

Six rounds of chemo and 4 weeks of radiation later, I was deemed cancer free. Of course, my first question to my oncologist was “when can we start trying for kids again?”. She asked us to wait a year as that is my biggest chance of relapse. I impatiently waited the year and after finally getting the go ahead to start trying, that we did. We decided to try naturally first, let’s save the embryo’s for when we really need them. As the months passed by, we started considering defaulting to IVF. After all, how long do we keep trying naturally if there is a possibility I won’t even be able to conceive naturally? We ended up starting the course needed to complete the IVF. It took about a month but we finally had our first implementation. You have to wait two weeks to get the news if the implementation worked or not. It felt like the longest two weeks of my life but we finally got the call that said everything worked out great and we were pregnant! We were elated and ready to start this new journey! We were going in for weekly appointments to monitor the embryo. We saw the heart beat flicker and that’s when it began to feel real! At every appointment, I would ask what size the baby was, I noticed the size wasn’t growing at the rate that I was expecting but the doctors never seemed concerned so I tried to overlook it. At our 8-week appointment, the doctor finally sat us down to tell us to tell us that the baby is not growing the way it should and he expects the pregnancy to miscarry within a week. That news was like getting hit with a truck, it was harder to tackle than the day I got diagnosed with cancer. I tried to hold the tears back, tried to ask my questions in a calm and professional tone but could feel myself breaking down on the inside. The doctor could sense it all, handed me a tissue and that’s when I lost whatever control I was holding in. The doctor was great, he quietly led Eric and I out a back entrance so we wouldn’t have to face anyone in the lobby and Eric and I sat behind the building and just cried. 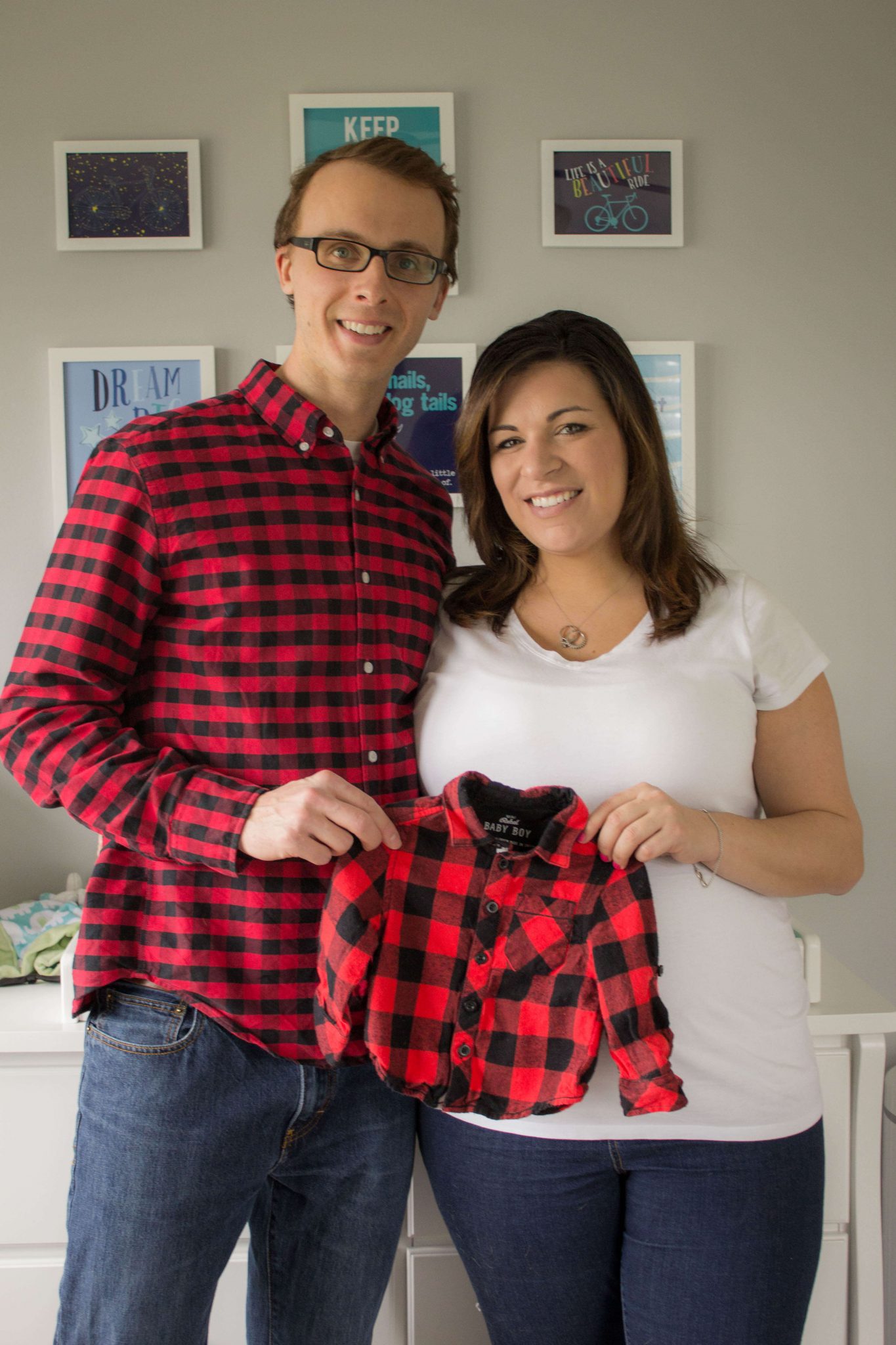 It took weeks to feel somewhat back to my old self. The only thing keeping me going was knowing we would just do IVF again and it would work and everything would turn out great. About two months later, we were finally able to start our second round of IVF. We went through the same process, waited the same two long weeks and got the call- it didn’t work and I wasn’t pregnant. This time I wasn’t surprised, this round just felt different. I think I knew deep down that something wasn’t right. Eric was my rock throughout all of this, he was willing to do whatever I wanted. After a few days of reflection, I sat Eric down and decided “I think we need to take a break from trying to get pregnant”. It was the beginning of the summer and I decided to take the summer off from trying to have kids. Lets enjoy our time together, go on trips and hang out with friends. All while in the back on my mind thinking “you always hear that people get pregnant once they stop trying, maybe that will happen to us”. The month after we stopped trying I missed my period. For me that wasn’t unusual so I didn’t think much of it, but I did take a pregnancy test just in case. It came back negative; it was disappointing but this was our summer of fun so I tried to not over think it. I called the doctor just in case and she suggested I take an at home ovulation kit just to make sure I was ovulating. I took the test which showed I was ovulating for 11 days straight- great, I must have bought a broken one! The next month I missed my period too, all I could think was “now my period is going to act up, I’m never going to get pregnant”. But I took a test any way just in case. I waited the 5 minutes and I saw one really strong blue line and one really faint blue line. Once again, I thought it was broken. Eric read the instructions that said “it doesn’t matter how strong the second line is, if it’s there, you’re pregnant” but I still didn’t believe it. I went out and bought another test and this one said “pregnant” or “not pregnant”, surely I couldn’t mess this one up. Surely enough the second one said pregnant too. Given all of the hardships we went through, I became overly cautious. I was sure that this was some misunderstanding because there was no way we would get pregnant so quickly, and to conceive naturally! I quickly made an appointment the next day, we did a blood and urine test to confirm I was pregnant and my doctor said “let’s try an ultrasound, you seem pretty early so I doubt we will see anything but let’s give it a try”. We did the ultrasound and there he was, with a strong heartbeat, measuring to be about 8 weeks and everything looked perfect. I still remained cautious, my last pregnancy seemed perfect in the beginning as well. I went for appointments and the word “perfect” kept getting used week after week. Finally, at 20 weeks I thought to myself, this might just be OK. 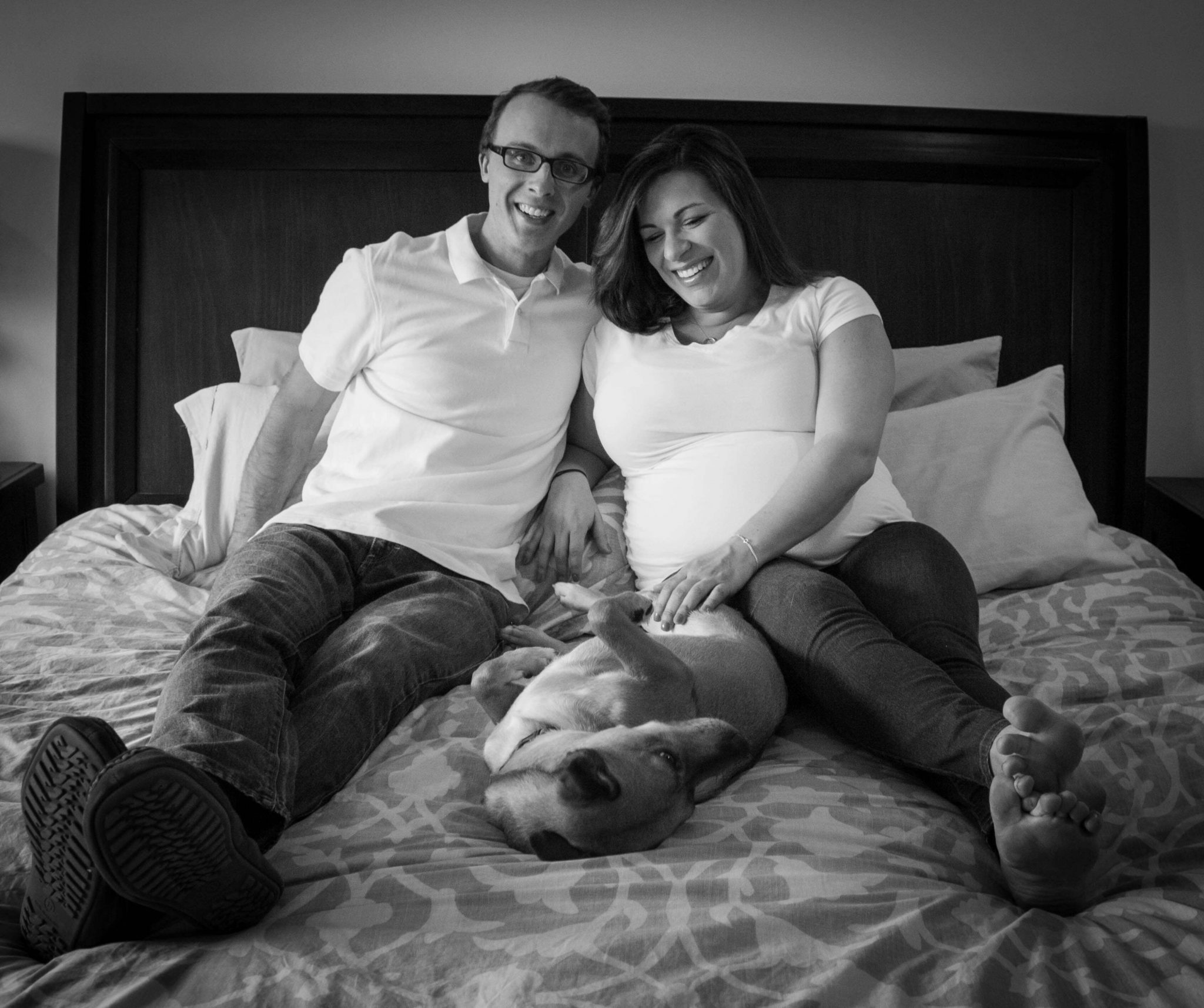 I’m a big believer that everything happens for a reason and I often reflect on my experiences to see why they happened to us. I truly believe we went through what we did so that I could learn to be more patient. If I was just patient in the beginning, we could have conceived naturally and wouldn’t have had to go through all the struggles of IVF. So here I am, 2 weeks away from my due date, up 20 pounds, struggling to get my shoes on each morning and loving every minute of it. I’m excited to see what the future holds, eager to hold our baby boy and feeling so blessed to even be given the opportunity to conceive a child.