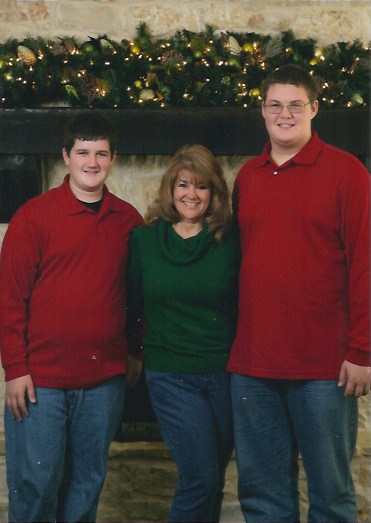 Motherhood took me by surprise.  I had never been especially maternal with children.  I didn’t believe I could have children.  I had been married for almost eight years, and no baby!  It got to the point where my mother would—on every occasion—ask, “Lisa, don’t you want your children to know their grandparents?”  (Eye roll….)

At the beginning of December, 1996, I didn’t feel so well.  Everything hurt!  And my system was not functioning the way it should.  For an unknown reason, I sneaked away from work early and bought a pregnancy test.  I went home, shut the curtains, went into the bathroom, performed the dignity-filled test (another eye roll…), and waited….

My pregnancy was rough.  However, when he was born, I celebrated TWO birthdays—his and mine!  Never had I known such love, such protectiveness, such an orbital illumination of my soul.  This small creation ignited a devotion that I didn’t know I possessed.  And through him, I learned the meaning of life, of love, of inspiration.

He was a happy baby.  He loved being with his parents; he loved watching me cook supper; he loved his home, his family, his dog, his room.  Everything gave him pleasure; and he gave it back tenfold.  He played golf around the house as a toddler but would stop to dance to the “Friends” theme-song every afternoon.  He would run and play and giggle and rough-house with his dad and would snuggle and insist on my hugs before he would drift off to sleep every night.  He was perfect and all boy!

The second-most frightening experience as a first-time mom, occurred when he was just nine months old.  He was crawling around me while I folded clothes on the floor of our starter-home living room.  While I was folding, I was snacking on a peanut butter fold-over.  He crawled up to me, looked from me to the sandwich, opened his little bird-mouth, and waited.  So, of course, I gave him a nibble!  Ask, and ye shall receive, adorable Child!  Within twenty minutes, his lips and then face were red and swollen; within thirty minutes, his ears were so swollen they stuck out straight to the sides of his head.  At thirty-four minutes, he was in with the ER doctor who administered the equivalent of a Benadryl shot.  I had had no idea that peanut allergies existed!  I had taught for eight years and had never heard of such a thing.  He slept on my shoulder and deflated, and I cursed myself as a failure of a mother….  However, when he woke up, he cooed and hugged me and smiled and laughed and was Tyler…. 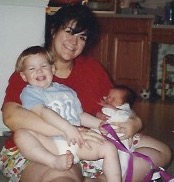 He grew and thrived.  He was always off the charts bigger than others his age.  Even in the womb he was big.  The ob-gyn would always measure me twice, not believing the growth.  He was so big that at thirty-two weeks, when my blood pressure shot up and he was delivered, he was placed in the preemie ward alongside other early babies.  However, at 9 lbs 2 oz., he dwarfed all the other infants!

At fifteen, he was 6’5 ¼” and 285 pounds of wrestling wonder.  At his high school, he earned the Texas state title of Freestyle Roman Greco champion.  All muscle and shy intellect, the boy had blossomed into early manhood.  You would think I wouldn’t worry….

The most frightening experience I had concerning my son was in the fall of his sophomore year.  I always picked up my child at 4:00 because, at fifteen, he didn’t drive yet.  At 4:30, he still had not emerged from the wrestling gym.  I went in and saw the two coaches yackin’ it up and asked where Tyler was.  “Oh,” they said, “he left a couple of hours ago.”  When I inquired where he had gone, that he didn’t drive, they stated they didn’t know.  I called his cell. Nothing.  I went home.  No Tyler.  I drove the streets.  No Tyler.  I went to every wrestling gym and the Sonic and the band hall.  No Tyler.  Two hours passed; three hours passed.  I had called my husband who left work to look for him.  It was 7:30… no Tyler.

I was frantic.  In my head, someone had attacked him, thrown him in the back of their pickup truck, chopped him to bits, and left him dead in a ditch.  His younger brother tried to calm me down in his own way, “Smell this candle, Mom.  It smells like pink!”

At 8:00, my husband called.  “I found him.  He’s sitting in front of the RaceTrack gas station eating a burrito.”

There is a movie called Parenthood.  At the end of the film, the grandmother strikes up a conversation with Steve Martin’s character about how she prefers the rollercoaster to the carrousel.  No scene has ever summed up the ride of parenthood, of motherhood, so well.

Last year, Tyler began college.  Every weekend, he would come home, and every Sunday evening when he would leave to go back to school, I would cry.  He is now a sophomore, living in his own apartment.  I get to see him once or twice a month.  He is working and balancing school and a social life.  He calls me about once a week, and we text almost every day.  I’ve raised him to be his own man, to care for others, to work hard, to apologize when wrong, to defend the defenseless, and to strive to be the best he can be in all areas of life.  I will always be there—as long as I can be—to catch him when he falls, but I am proud that he doesn’t rely on the safety net.

Yes, motherhood is like a rollercoaster of love, excitement, hilarity, worry, and growth.  However, the ride is much better than the plain, ole’ carrousel.

I wouldn’t have it any other way.

Lisa a native Texan, born to a family of teachers and patriots. She’s a career educator, having taught at both high school and university levels. While passionately devoted to a career in education, her life and love are entirely centered on her family, especially her two sons, Tyler [20] and Jake [18].

Do you want to share your story of motherhood with others? Do you have a momspiration you’d like to nominate to share their story and encouragement? Email us at [email protected]!