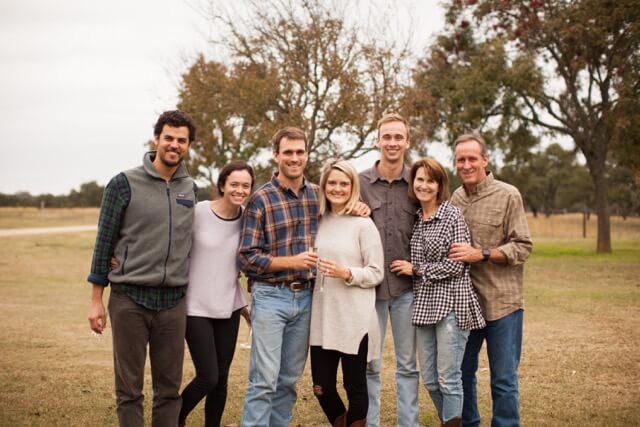 From as far back as I can remember, I always wanted to be a mom and I hoped for multiple kids. That was going to be my “job” and I was determined to be the best mom I could be for my kids. That was pre-kids! Then I had three precious ones in 5 ½ years and I knew this is what I was made for. We chose to be very deliberate in our parenting and set out on our way.

I could write for days about different choices we made, lessons we learned, things we did great, mistakes we made, and things we would like to do over. But when your children are grown, if they are kind, generous and love Jesus, then you know the right things outweighed the wrong. And you appreciate God’s grace when you messed up!

As most parents, we did whatever we could to keep our kids healthy. I stayed on the well check-up schedule and made sure we were thorough on exams. We ate nutritious food sprinkled with a little “junk” as treats. (My kids are quick to share that they only got sugary cereal on the first day of school breaks. Once the box was gone (in an hour), that was it. Any thought of sharing or manners went out the window! It was first come, first serve!)

As my oldest, Harrison, started pre-school, I noticed if there was a germ out there, it would attach to him. My other two rarely got sick. He had terrible allergies and took allergy shots for several years. After he finished that series, he was tested and was good on those allergies but had developed a whole new set.  No more shots! He did nose sprays, antihistamines and anything that might help. As he got into sports, he would have exercise-induced asthma so he used an inhaler for that. All the while, I asked the doctors if he could possibly have an auto-immune disease. “Nope, doubtful, don’t think so.” But as a mom, I just knew. You know that feeling?  We know our kids better than anyone but I could not get a doctor to listen.  And I hated that he had to use all those meds! I had always opted for natural remedies but they weren’t working so we had no choice.

Throughout high school and college, he would battle bronchitis and sinus infections. Then he contracted MRSA (staph) from the turf at a football game. That was the beginning of many bouts with staph and powerful antibiotics and sometimes excisions. MRSA is not fun!

So my question remained…why does he get sick so often? He was an otherwise healthy kid, a good athlete, and in excellent shape. What were we missing? 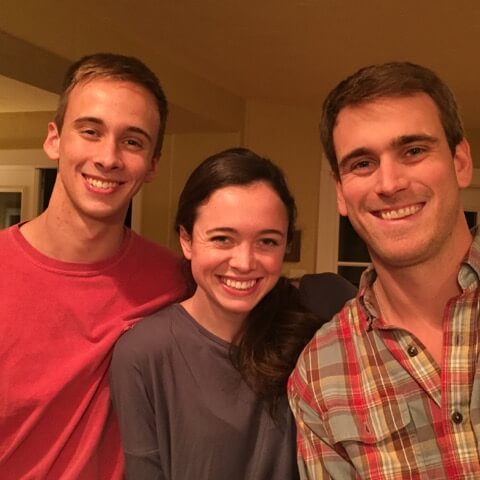 During college, he developed a very deep cough (not the bronchitis kind) but one that sounded like he was going to cough up an organ. We went to a variety of doctors, none of whom could find anything going on.

After college, our rabbit trail led us to a gastroenterologist who performed an endoscopy. Harrison had what is called Pre-Barrett’s esophagus, which resulted from severe acid reflux. It’s a serious condition that is pre-cancerous if not treated.  He was only 23 at the time. So she put him on a prescription-strength proton-pump inhibitor (PPI’s, like Nexium).  I knew there had to be a reason for the reflux and I did not want him on that drug. I started researching and learned a lot about reflux. The main thing I learned is that this is a multi-billion dollar industry and those PPI’s were doing the opposite of what he was needing.  Acid reflux can be caused from too little acid in the gut, therefore food is not digested. PPI’s can reduce the amount of  acid even further, causing more damage.

About that time, (God’s timing is amazing!) a friend of Harrison’s from college was working as a nurse for a functional internist in Austin. She knew what was going on with him and suggested we give this doc a try. Remember that we have gone to lots and lots of doctors over the years so he was getting a little weary but agreed to give her a chance.

We met with the doctor and within 30 minutes of a very long appointment to learn background, history and habits, she was pretty certain he had an auto-immune disease, most likely Celiac disease. Now this was not what he wanted to hear by any means. However, it all made so much sense. Within a few weeks, it was confirmed.

After taking a month or so to get used to the idea of not eating pizza, chips and queso, and all the other things in a guy’s diet, he went cold turkey and eliminated ALL the gluten and dairy from his diet. Dairy? Sadly, yes. This was the hardest part. He lived on milk and cheese, mostly nachos!  Oftentimes, the dairy exacerbates the gluten problem. As she explained it to us, gluten is the fire and dairy is the smoldering that keeps it going.

Now remember at the beginning when I said I fed my kids healthy food? That included gallons and gallons of milk a week! We did not drink soft drinks or sugary drinks. (Ughhhh…do you know how much sugar is in milk??) So while I think I am building strong bones and bodies, I am making things SO MUCH WORSE.  Everything he was eating and drinking was full of the very things that were making him sick.

Within a few weeks of eliminating gluten and dairy, his cough had gone away and he rarely had reflux. All because of diet!

Because Celiac is genetic, my husband and I were tested and he also had the gene. So after cutting it out of his diet, too, his arthritic joints that had bothered him since high school cleared up. He also noticed that his head wasn’t as “fuzzy” as before.

It was amazing how quickly things turned around for both of them. I dug deep into research and realized how many things have gluten in them, from shampoo to detergent to gum. So all those things are out of our home and almost three years later, they are very healthy.

Harrison gets an occasional allergy but nothing bad at all anymore.  His reflux is completely under control and his cough has gone away. My husband doesn’t have joint pain and feels so much better.

A simple explanation is this – when you have an auto-immune disease, your body is so busy (and tired) fighting itself that it just doesn’t have the resources to fight other stuff. That is why he was always getting bugs and viruses. His body was so worn out from fighting the gluten and dairy that it had nothing left to give.

They both take supplements to support gut health and to keep inflammation at bay, but to be in control of their health again has been such a gift.

As part of my research, I started learning about the use of essential oils and those have also played a big part in our road to health. It has been awesome to see how God provides us with what we need to take care of ourselves.  This has become such a passion for me that I am getting certified as a health coach and travel around teaching workshops on essential oils and the many uses and benefits, all with no side effects!

I guess my bottom line is that as moms, we know our kids. If you have a gut feeling about something, stay with it. Keep looking until you find someone who will listen. I hate that it took us 20+ years to find that doctor but I am so thankful that we did.

Now he is engaged to a precious girl and guess what??? She has Celiac, too! She had never even heard of it until they started dating but after hearing some of her struggles, I was pretty sure she had an auto-immune disease, too. Do you know how many auto-immune diseases there are??? In addition to the ones mentioned here, there’s IBS, thyroid disease, multiple sclerosis, eczema and skin problems…..the list goes on!

If you want more information on anything you’ve read here, I would love to chat! This is my passion and I love sharing what I’ve learned and helping other moms navigate these roads! [email: [email protected]]

Martha lives in San Antonio,TX with her husband, Jim. They have three children- Harrison, 26 and getting married in June, Hannah, 24, a newlywed, and Sam, 21, a junior at Baylor. She has been a stay-at-home mom until she recently started pursuing her interest in health and wellness, mostly due to the Celiac diagnosis in her family. Since then, she has become an Integrative Nutrition Health Coach and is passionate about empowering people to make healthy lifestyle choices in all aspects of their life, including diet, skin care and cleaning products, meeting with them in person or on the phone. She also travels around teaching workshops on essential oils and the importance of knowing the difference in companies and what all the oils can do and replace in your home!