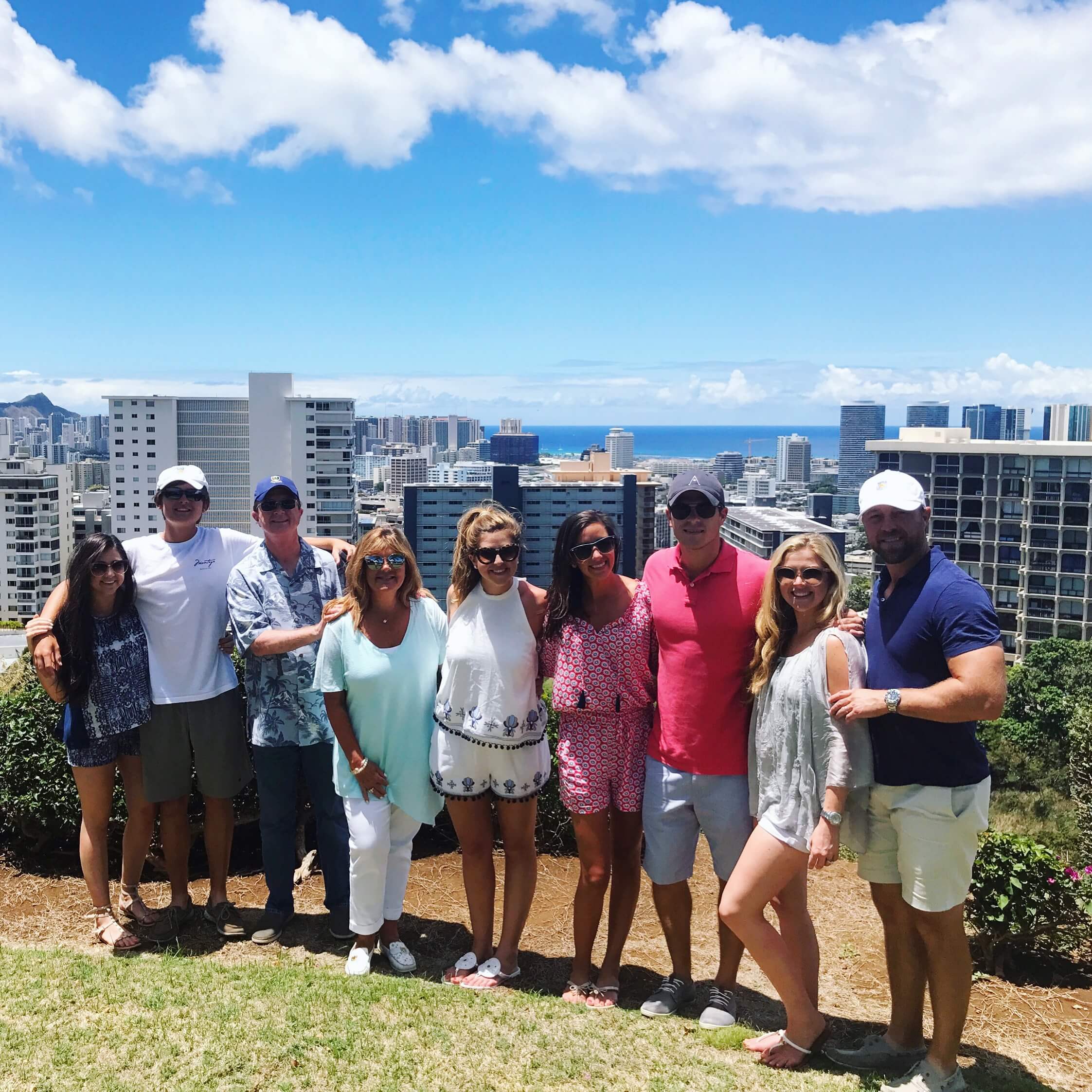 Earlier this week, I recapped the first half of our Hawaiian family vacation in Maui. It was an incredible  week spent with family by the beach and in the pool. The entire trip, however, was almost a full 10 days, and the last 48 hours were spent on the beautiful island of Oahu. I have to preface this post, which is smaller than the Maui post simply because we spent a lot less time there, with this one tidbit of information. Usually people say that Honolulu and Oahu in general is not as special or fun as the other islands and I have to vehemently disagree. My only complaint about this amazing trip is that we didn’t spend more time on Oahu. My mom and sisters and I were talking about it recently and we all agreed!

After a week in Maui, we flew to Honolulu and checked into the Four Seasons Ko’olina. This hotel, I’m thinking, is probably the reason I could’ve stayed much longer in Honolulu. The amenities were top notch. The service was the best in the state [yes, much better than even the Montage Kapalua] and the kid-centered activities were incredible! The Four Seasons Hotels are known for being family friendly and I have a feeling that we’ll be checking into more of them as our family grows! 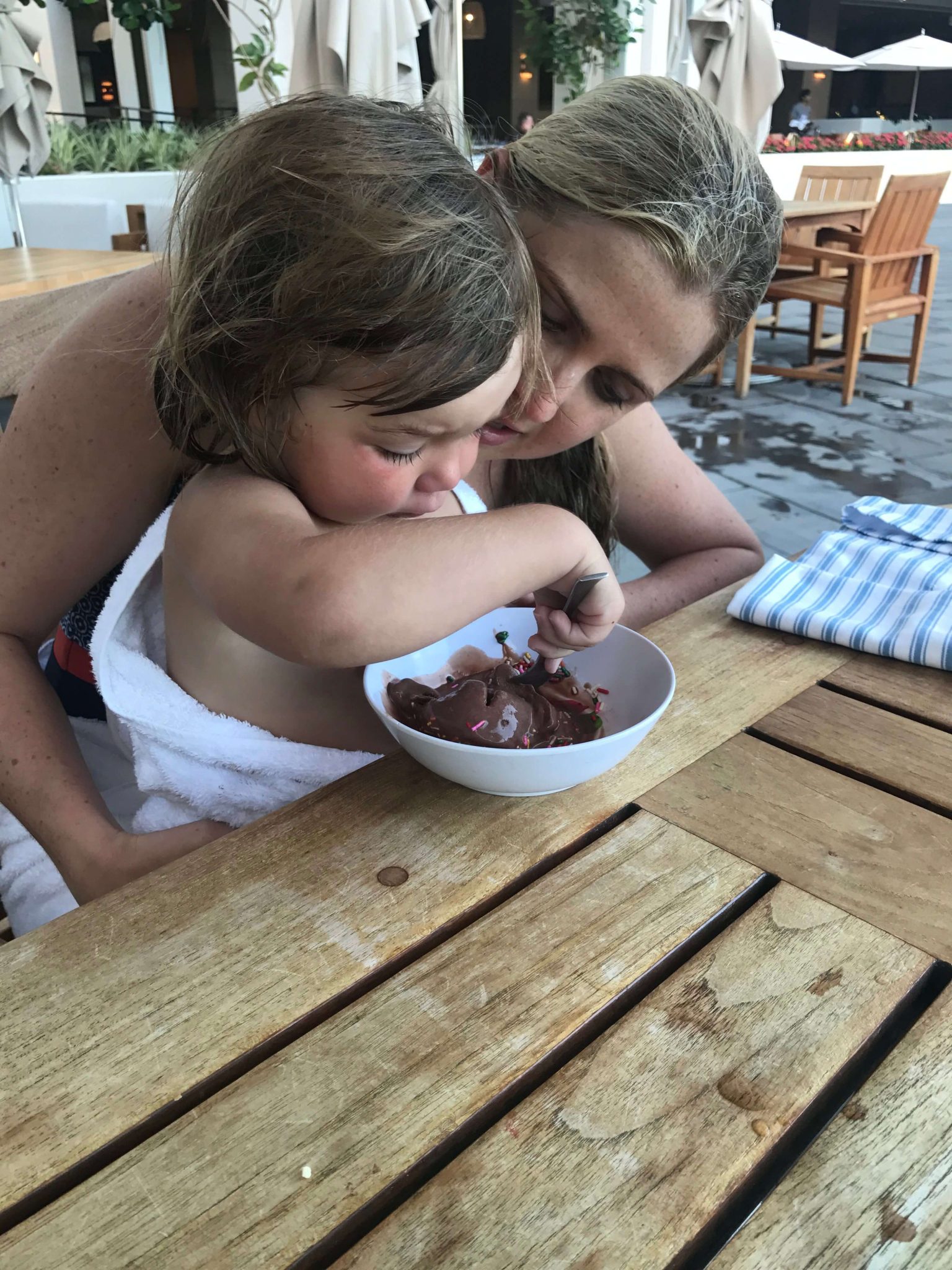 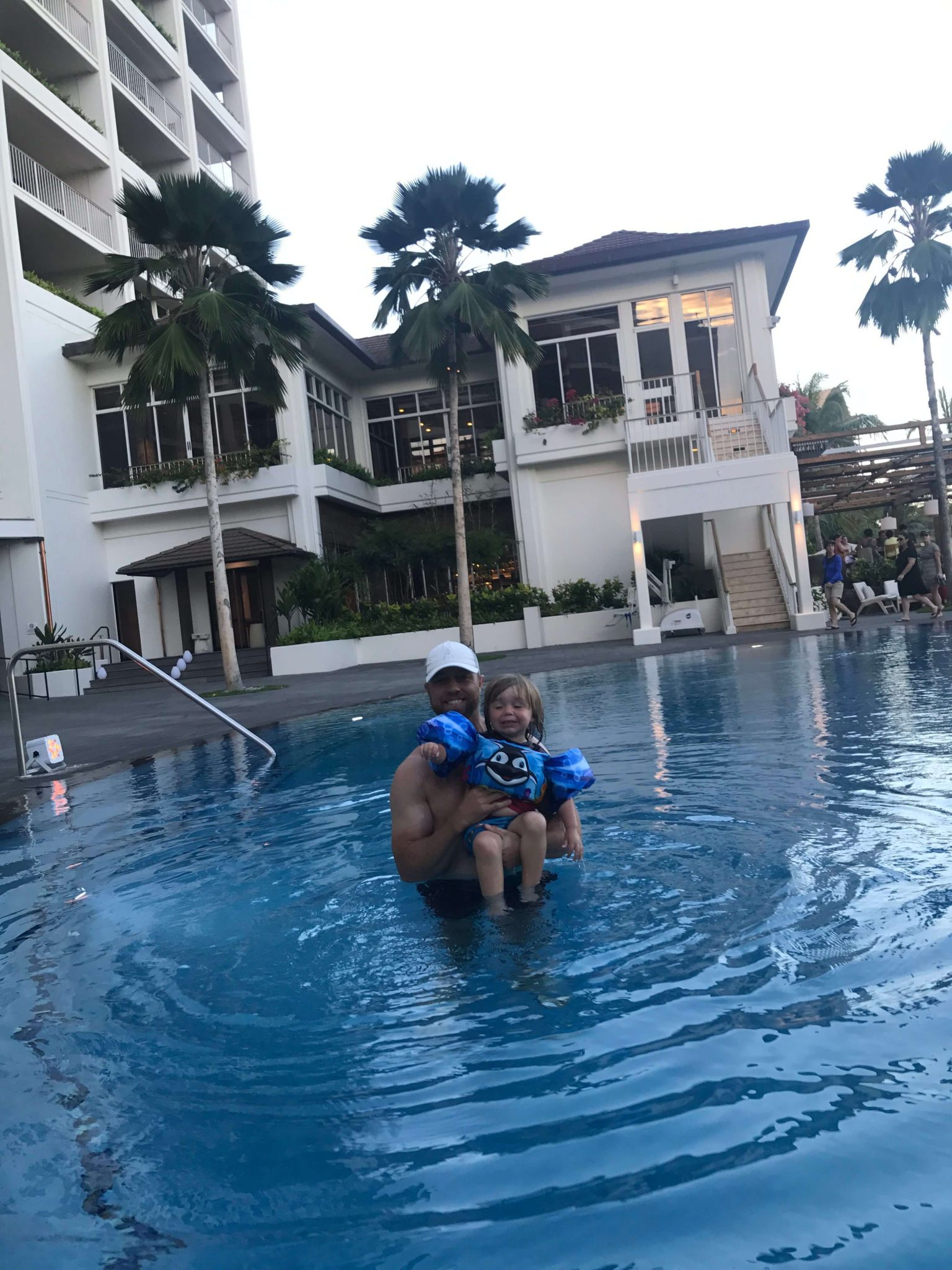 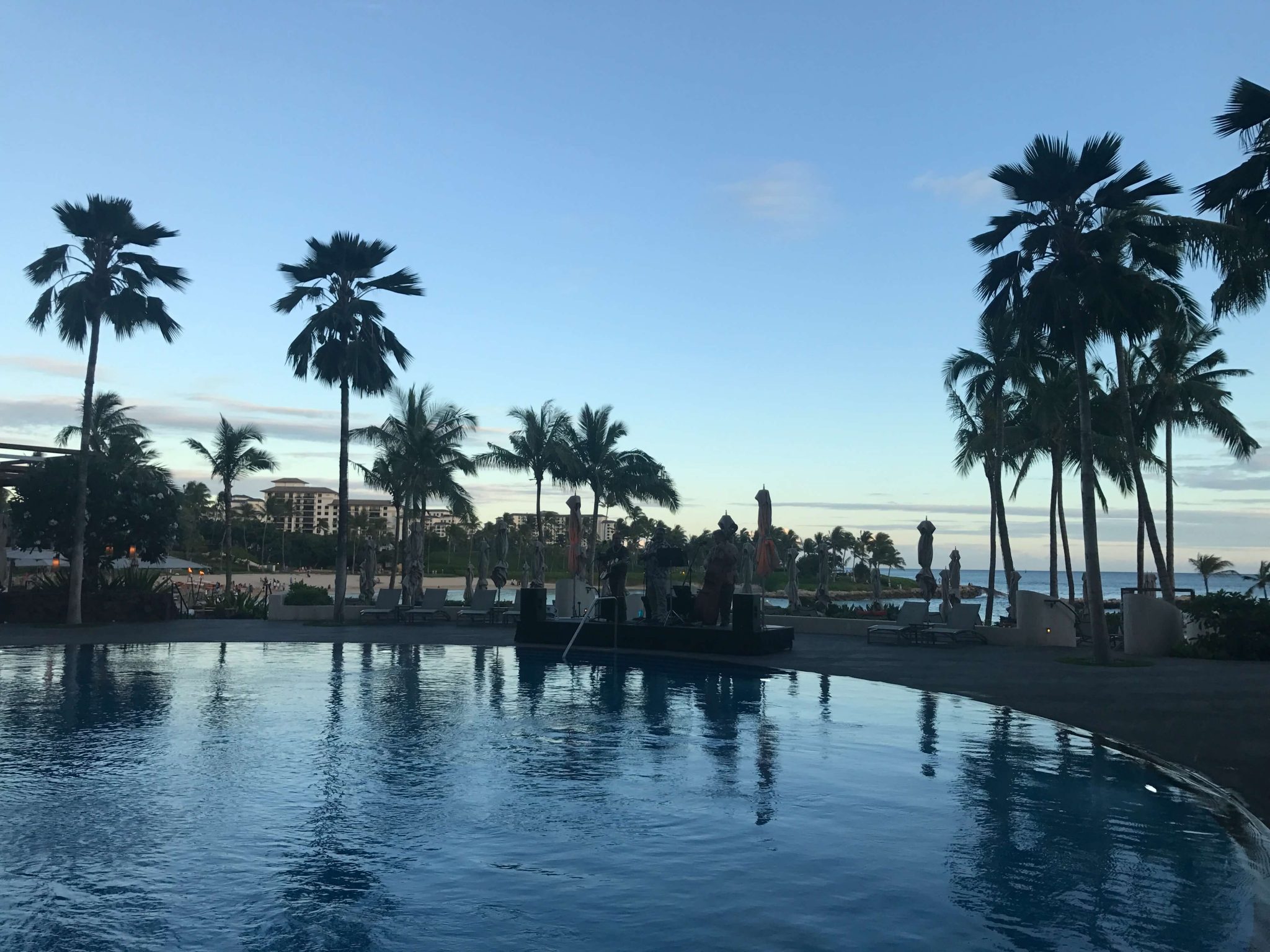 As soon as we checked in, the boys went straight to the golf course and we went straight to the pool! B had the best time splashing around and momma loved sitting with a cocktail poolside, watching the sunset and listening to the beautiful island music played live right there!

The next morning we went on an incredible tour of Honolulu, starting with Pearl Harbor. The trick with visiting Pearl Harbor is to go first thing in the morning, right when it opens. Our tour guide was super knowledgable and brought up some incredible points I hadn’t thought of before. B enjoyed seeing the ships and the planes. He actually paid attention to the black an white film and had a lot of questions about the boats being on fire… Too early? One of those moments when I was like “Welp, let’s see how I explain this to a 2 year old!” Luckily, he was onto the next point soon – his own little fighter jet! 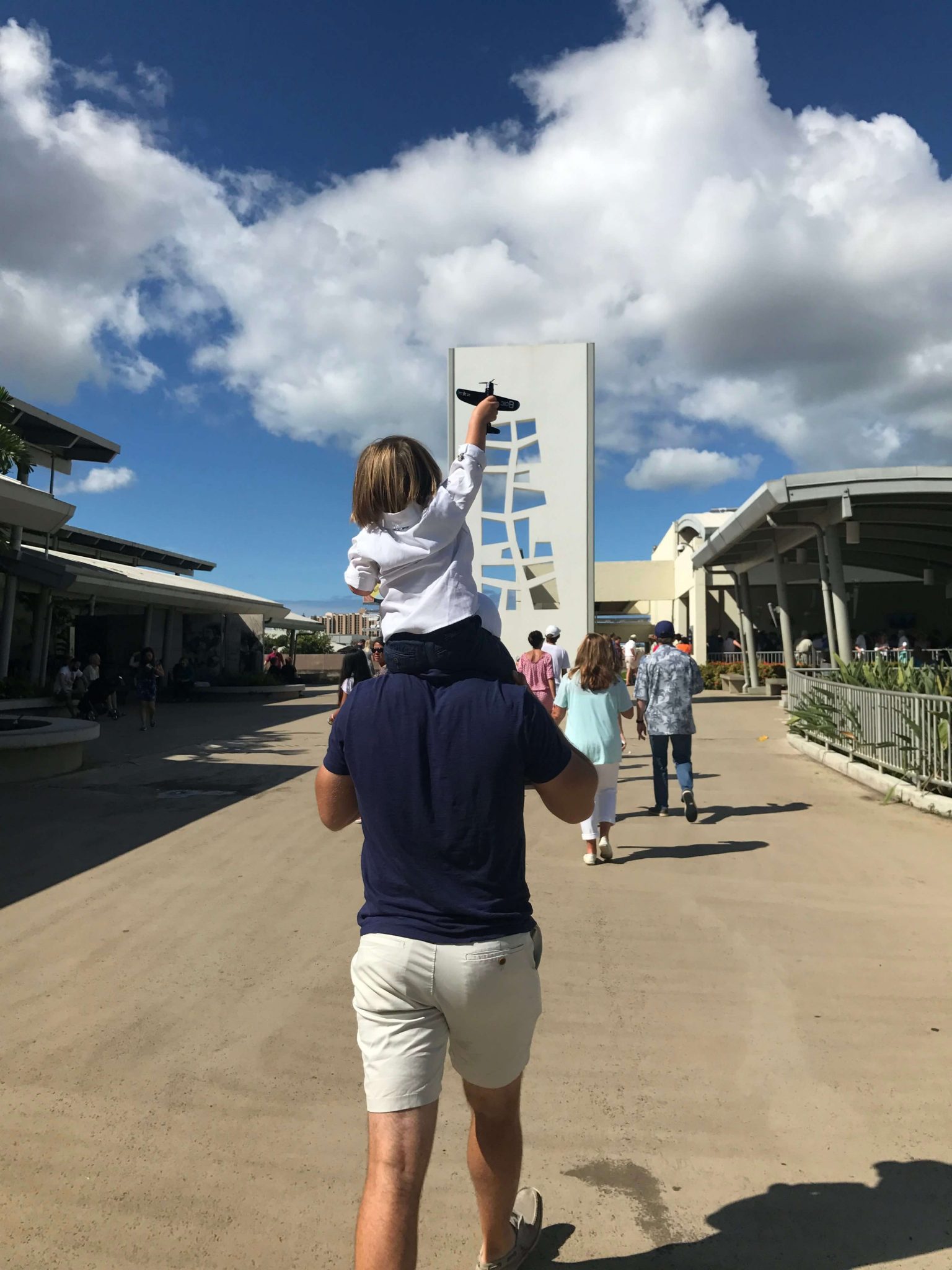 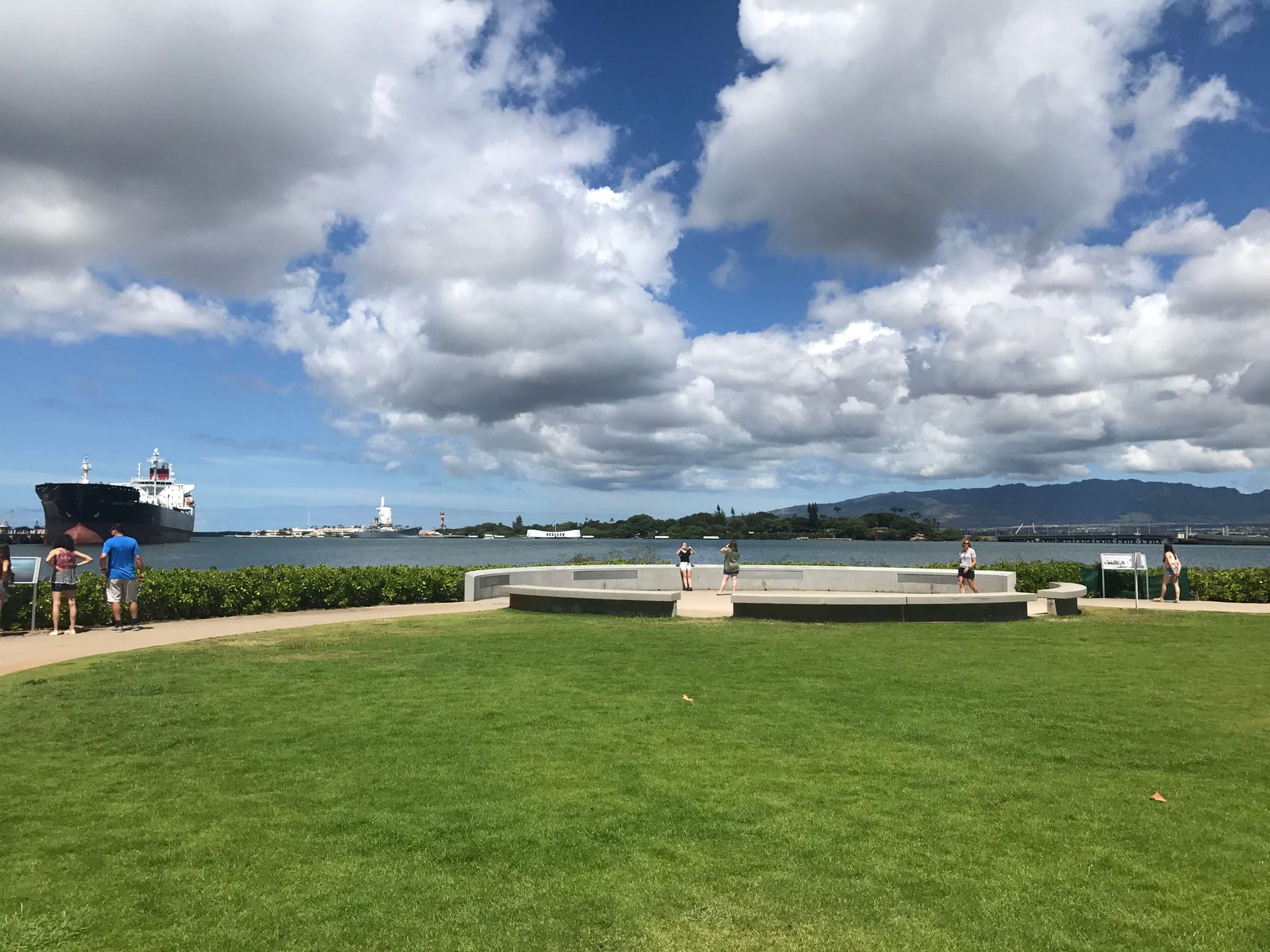 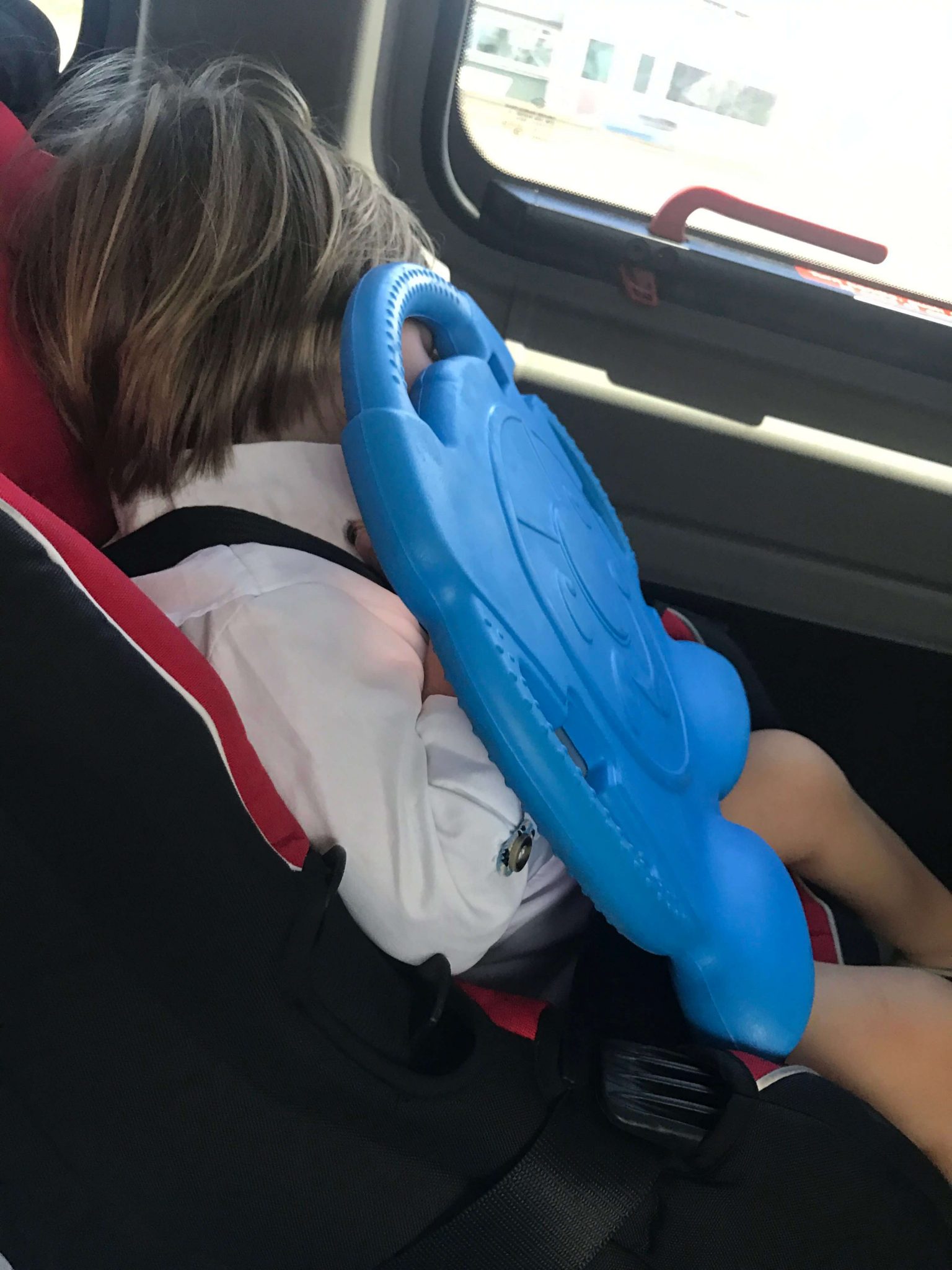 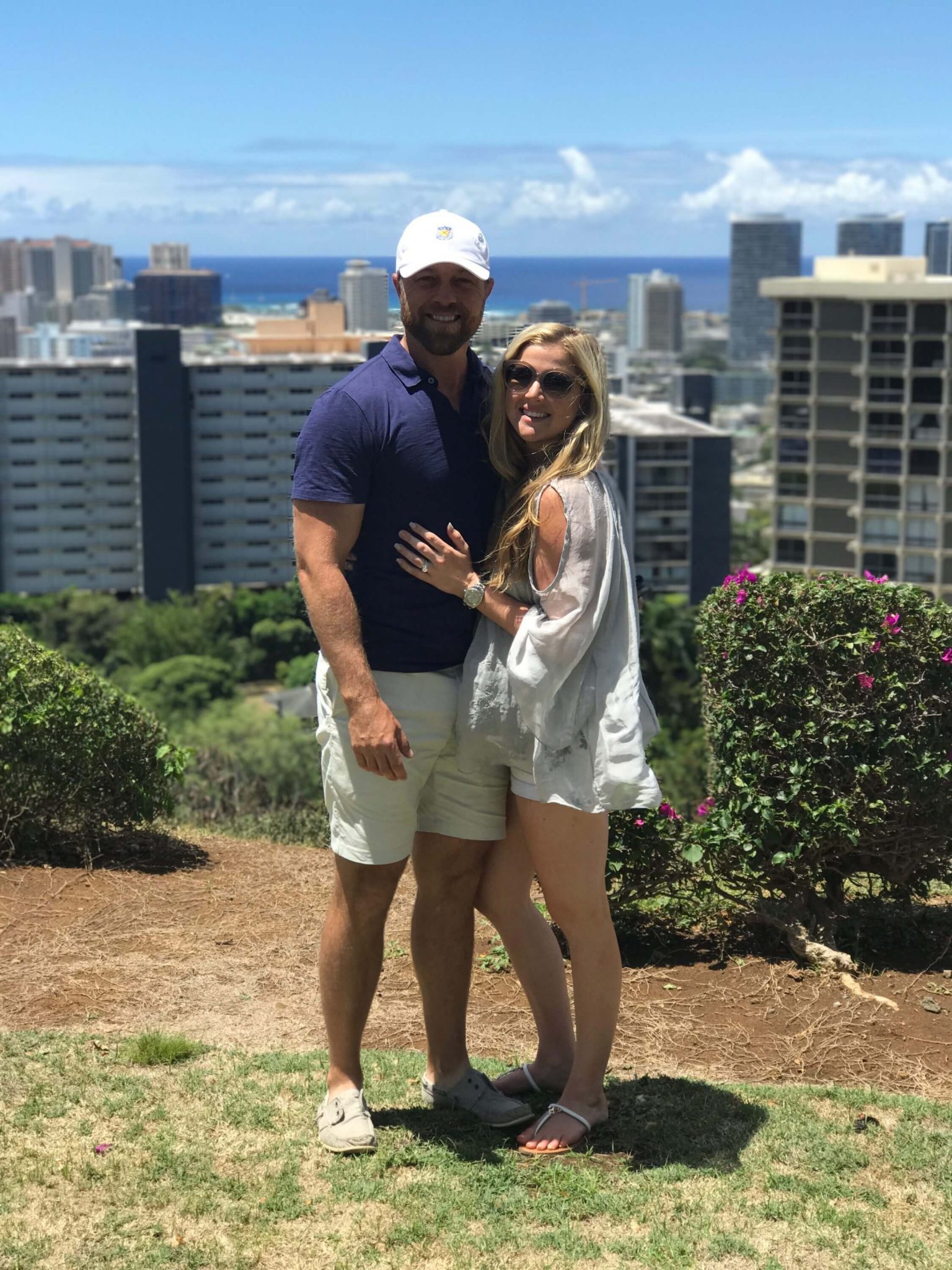 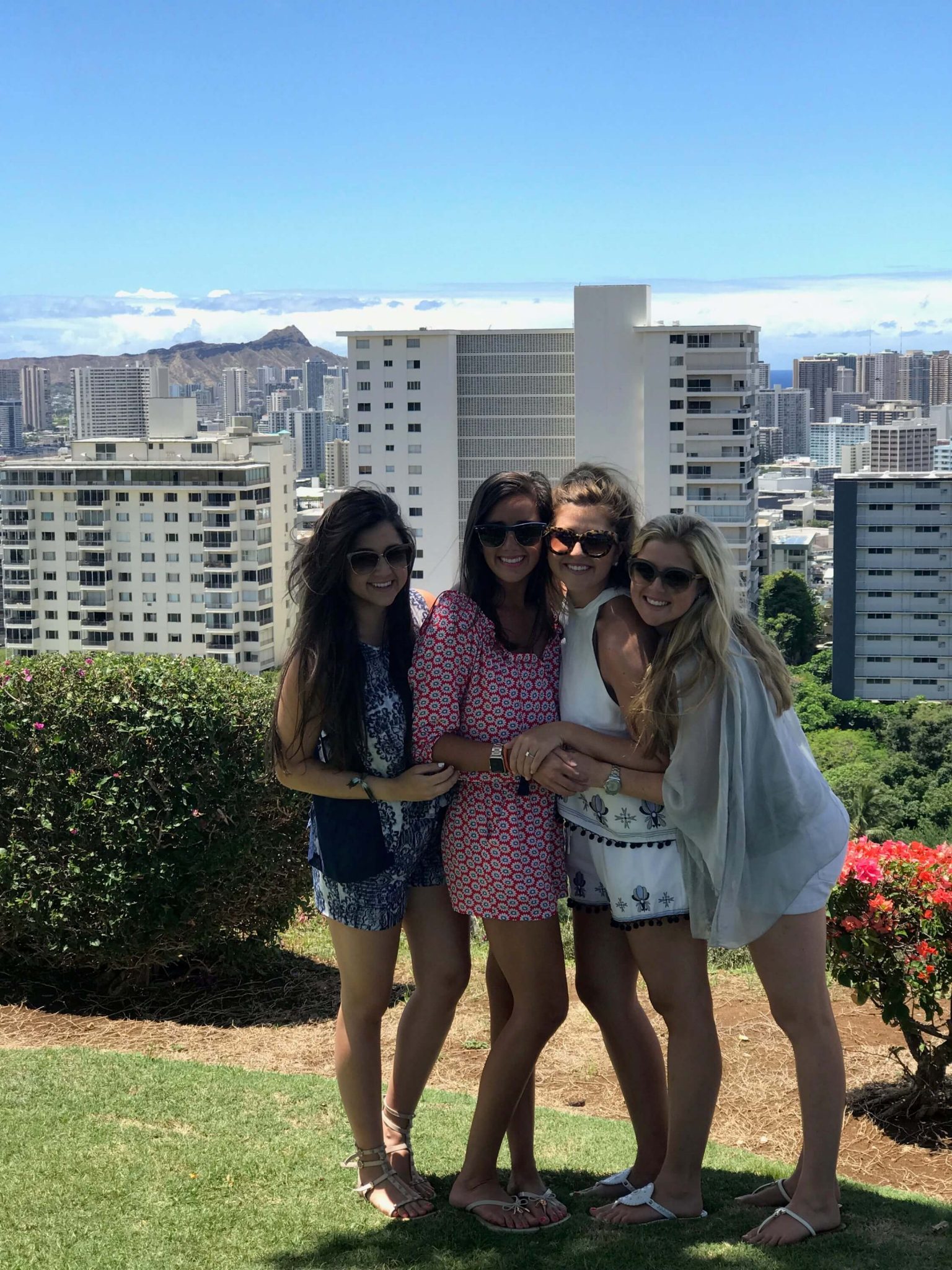 After Pearl Harbor, our guide took us around the city on a historical tour of landmarks! We went all over Honolulu and saw some incredible sights! It was very informative and really got me thinking from a historical standpoint about the State of Hawaii joining the United States. B crashed in the middle of watching Moana in the car after Pearl Harbor and the photo is hilarious. After the tour, we immediately hopped into the car [while my mom and B went to the pool] and drove to the North Shore where we boarded a boat headed to sea to swim with… yes, sharks.

I found Hawaii Shark Encounters online and set up an appointment with them for a majority of our family. Once we were there, we went over a few rules and then the boat took off for the middle of the sea! Before we traveled 3 miles off the shore, our guide made sure to inform us about sharks and how the general population’s misconception about sharks is actually harming the overall population. Their goal at Hawaii Shark Encounters is to show you that the Galapagos Sharks are actually quite docile and that sharks, in general, are beautiful creatures to be respected, cared for and conserved. We spent the next few hours being tossed around in the biggest waves inside of a medal cage surrounded with Galapagos Sharks! It was unbelievable. One of the coolest things I’ve ever experienced. It’s was a once-in-a-lifetime opportunity and I’m so glad we did it, although it was ROUGH out there. You can see how amazing the encounter was at the end of the video down below! 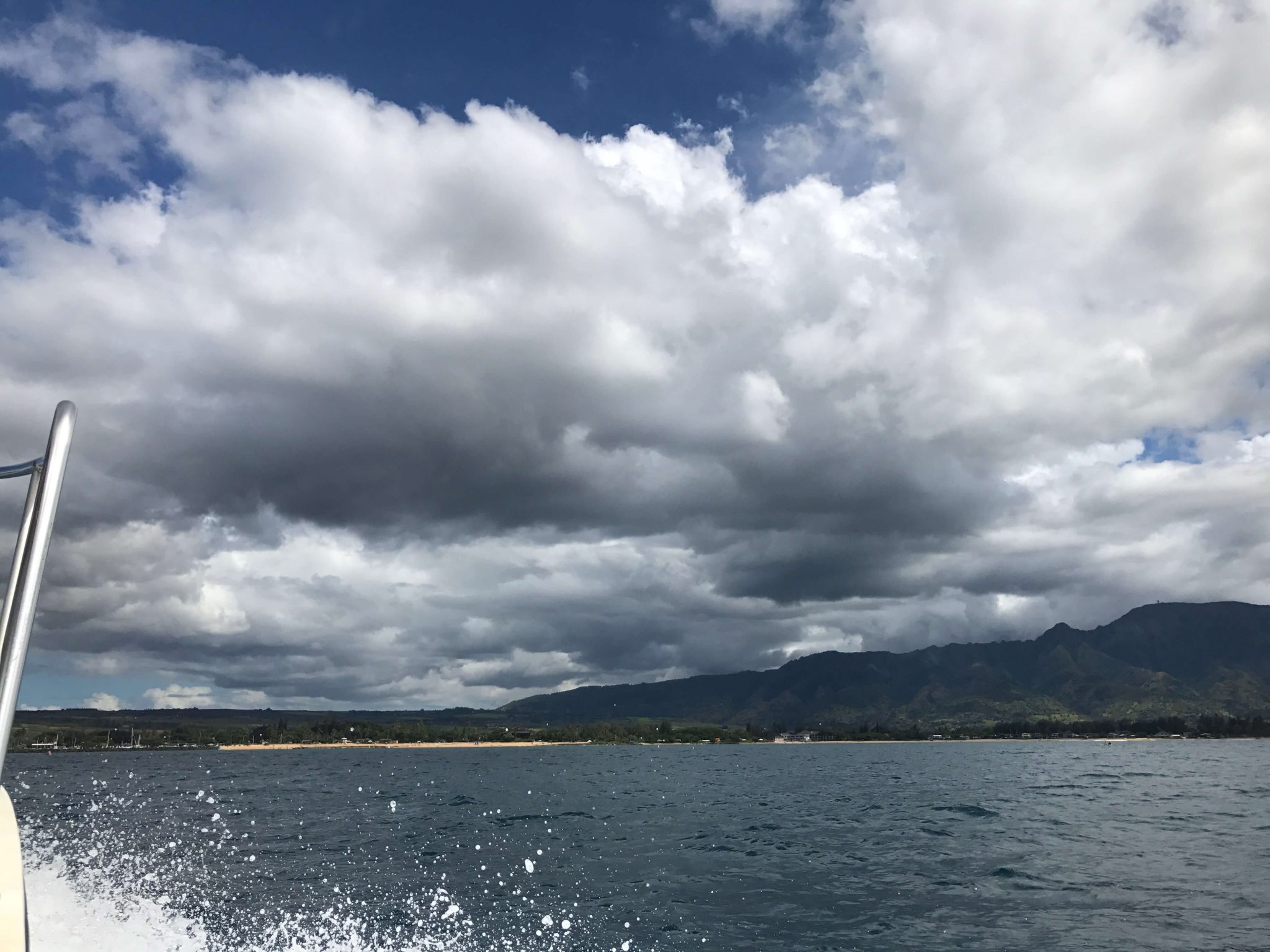 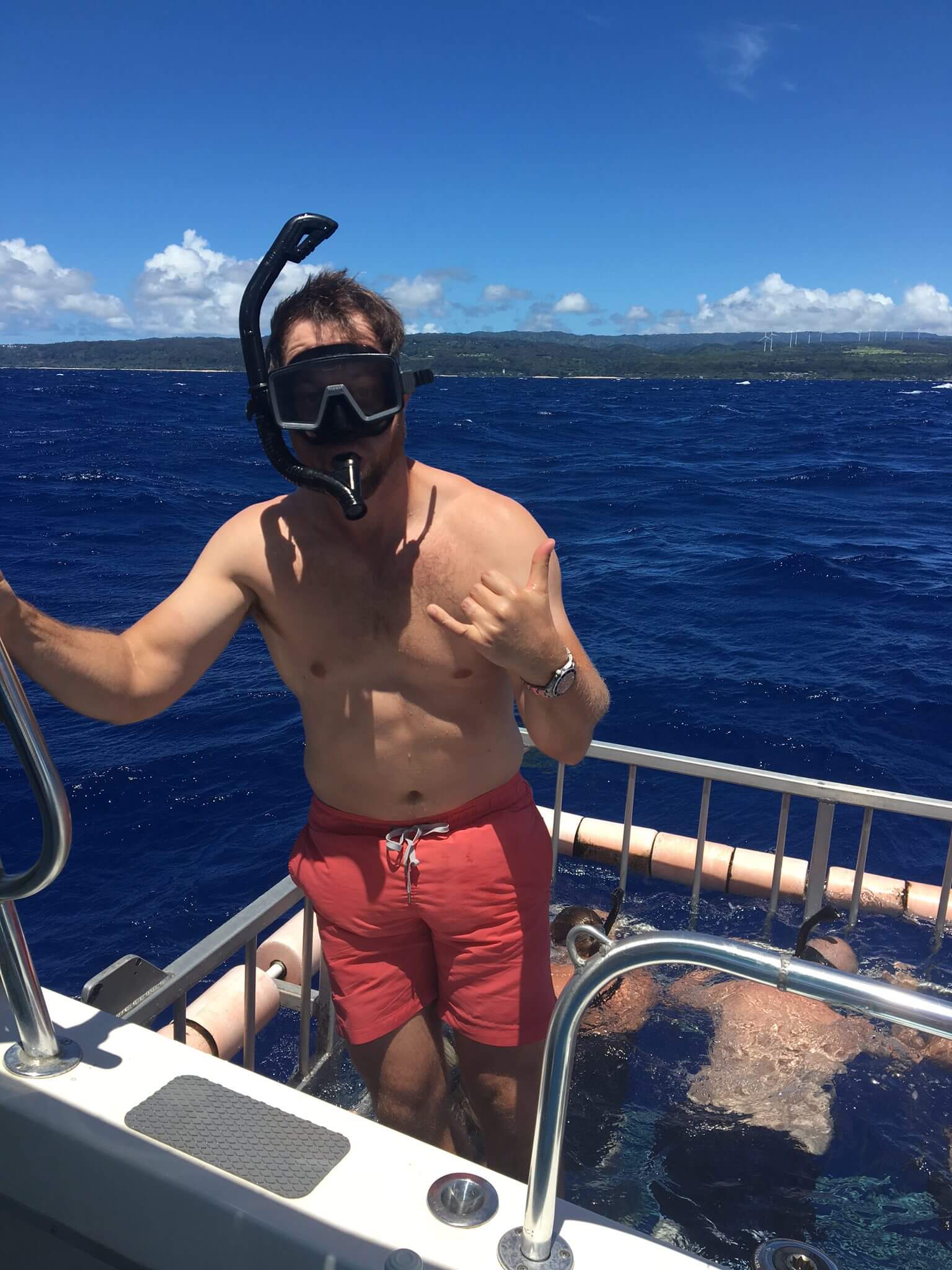 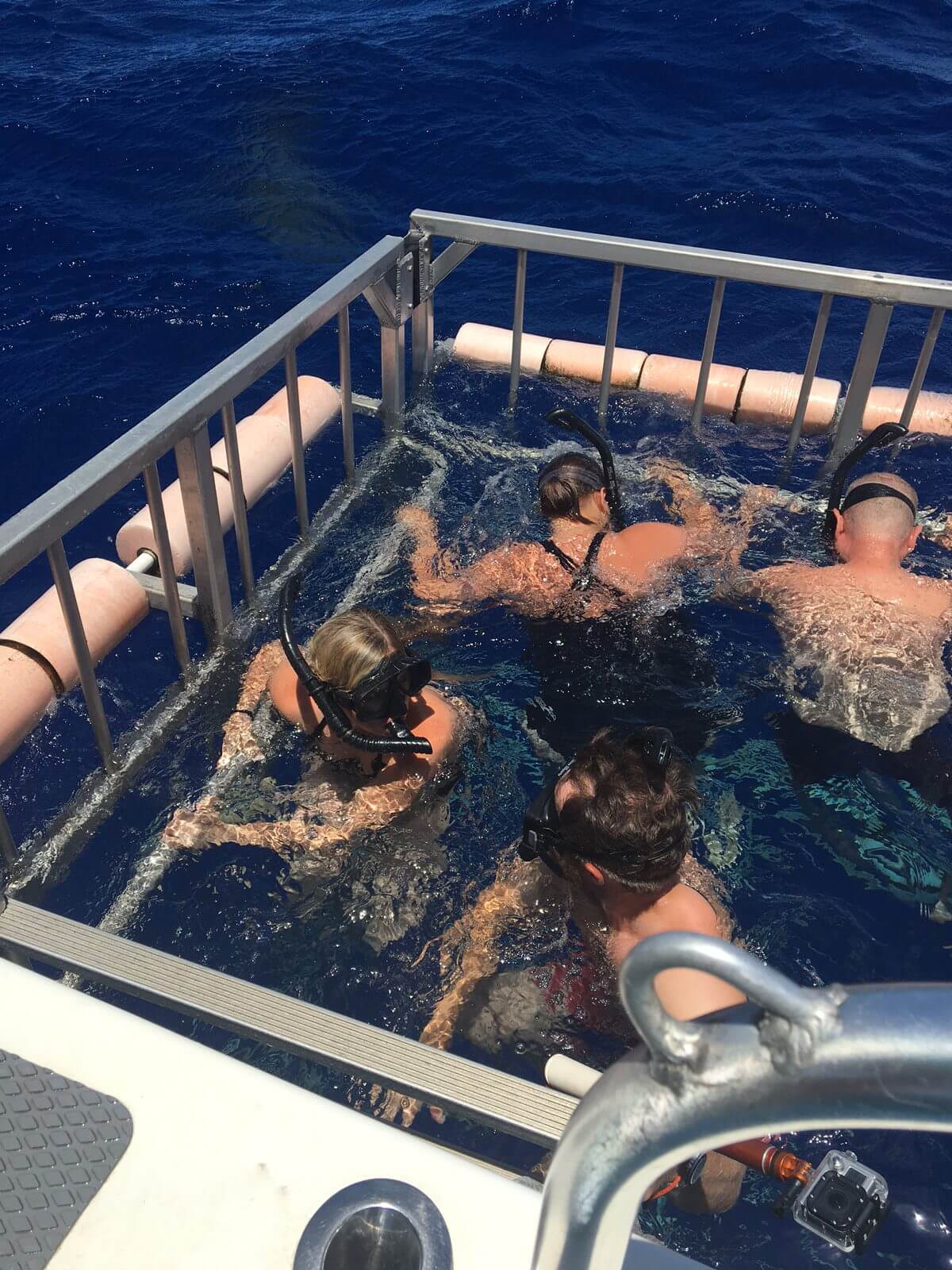 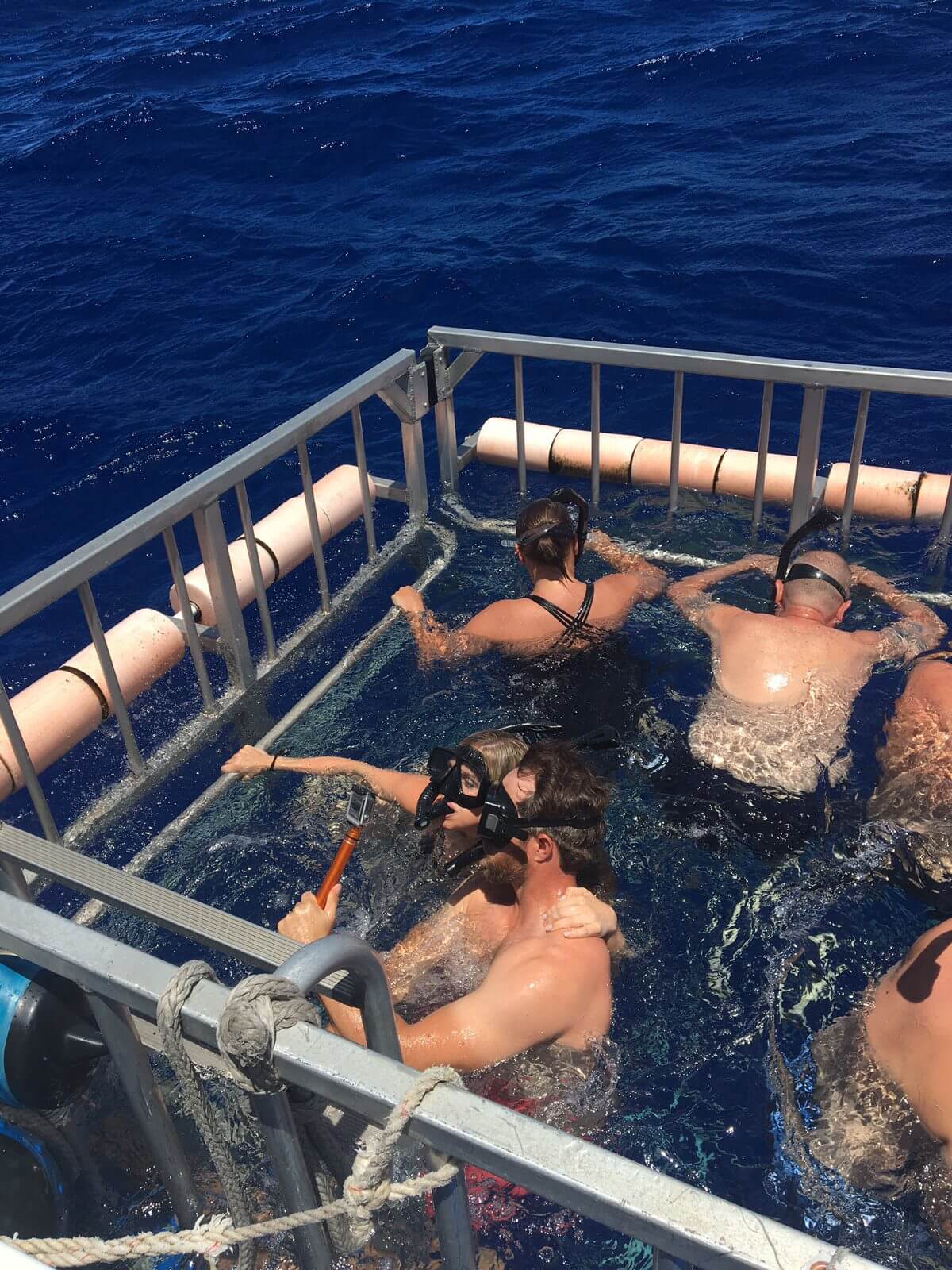 That evening we went to bed early and exhausted, full of Hawaiian salt, sand and memories. Early the next morning, we boarded a plane to San Francisco… then another to Austin [the Dallas flight wouldn’t get us home until 11:30pm], spent the night in Austin at my parents’ home and flew the 45 minute flight to Dallas the next morning. It was a long travel day, but B was a champ!

To see the fun in action, check out my InstaVlog from the trip here:

Do you have any Oahu favorites that you can recommend? We had the best time!