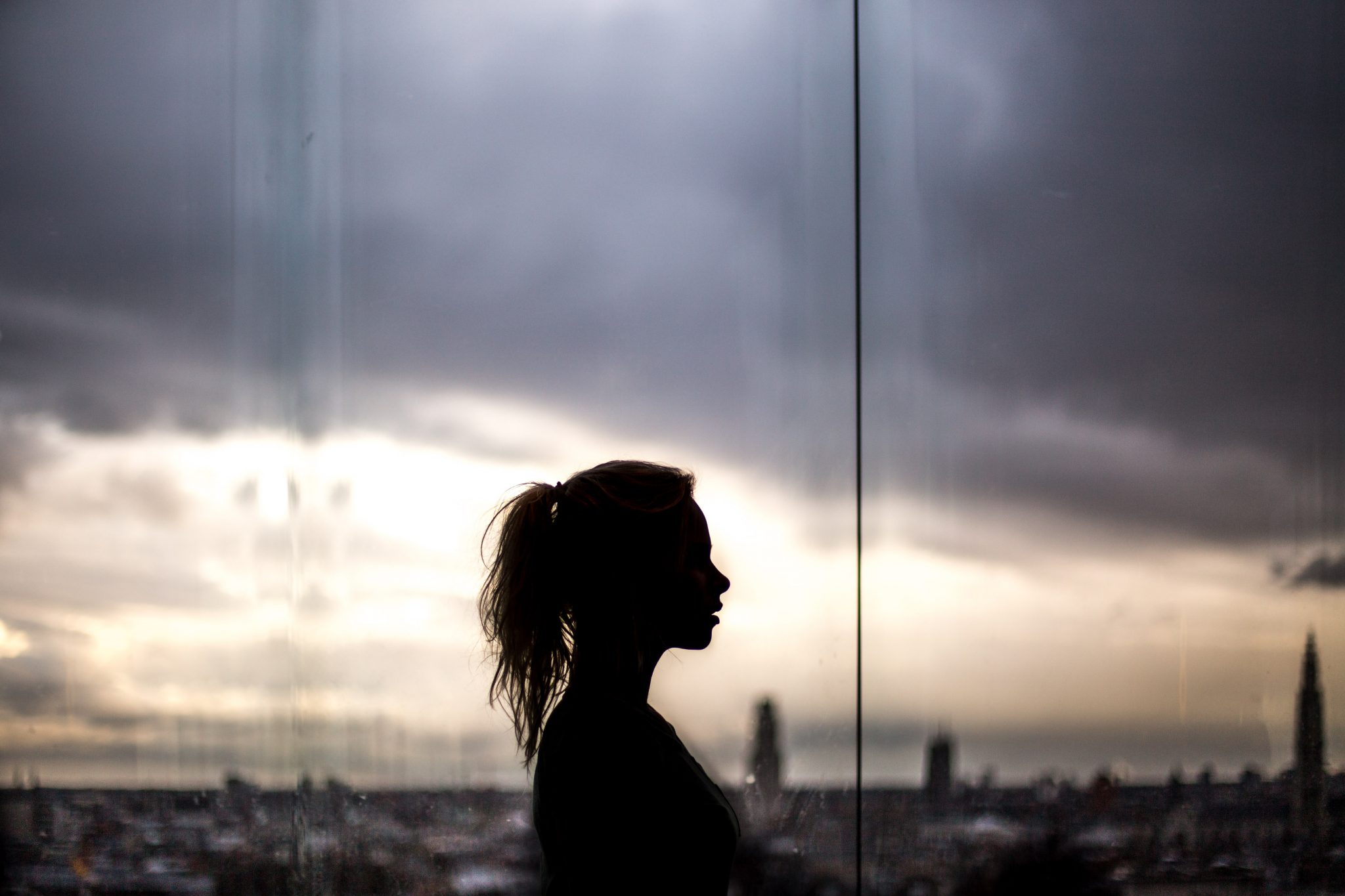 I sat down to copy and paste this post onto the site last night and I wasn’t 5 minutes into the process when I had a notification on my phone – there was a confirmed tornado on the ground headed directly toward our neighborhood. I grabbed the babies and headed to the tiniest bathroom in the house and we sat/slept on the shower floor. My precious boy looked at me and said “I’m kind of scared” and we said the following together “Jesus is with me. Jesus is with me. I’m not scared. I’m not scared.” We were safe and sound – our home and neighborhood spared, praise the Lord.

Now that I’ve told you that… Read below. I wrote this after a major storm this summer… How fitting?

“That day when evening came, he said to his disciples, “Let us go over to the other side.” Leaving the crowd behind, they took him along, just as he was, in the boat. There were also other boats with him. A furious squall came up, and the waves broke over the boat, so that it was nearly swamped. Jesus was in the stern, sleeping on a cushion. The disciples woke him and said to him, “Teacher, don’t you care if we drown?”

He got up, rebuked the wind and said to the waves, “Quiet! Be still!” Then the wind died down and it was completely calm.
He said to his disciples, “Why are you so afraid? Do you still have no faith?”
They were terrified and asked each other, “Who is this? Even the wind and the waves obey him!”
-Mark 4:35-41

A few months ago, on a Sunday afternoon, a storm came out of nowhere. Out of the blue, this big, severe one rolled in, bringing with it winds that surpassed 100mph in our little neighborhood. The house shook as a large branch fell on top of it. The lights flickered and then went out. We moved the kids into a room that we knew wasn’t in the path of a potentially-falling tree and watched out the window as our patio furniture was overturned, and branches were flying down the street. That evening, as we went to bed by candlelight – the electricity wouldn’t come back for a few days – my 4-year-old son turned to me and said “Mom, this has been a pretty scary day. I’m scared to go to sleep.”

Honestly, I was scared too. My anxiety was through the roof, worrying if the house was too hot for my little sleeping babes or if looters would want to take advantage of the entire city being without electricity. I could feel my breathing had gotten shallower and my heart had been beating faster as the sun went down that June evening on a dark and still house. I pulled my baby boy up into my arms and asked him if he wanted me to tell him a bedtime story, to which he immediately responded “YES!”

I told him a story about a big storm, just like the one we saw that afternoon. I told him about some men, sitting in a boat, in the middle of that storm and how scared they were! The storm was surely going to overtake their boat, throwing them all into the sea. While everyone was running around like crazy, trying to save their boat, their belongings and their lives, one man slept. The others ran over to him. “Why are you sleeping?” they said to him in a panic. “We are surely going to die here and you’re going to take a nap?” They were crumbling under the weight of their worry, fear, anxiety – Nothing was big enough to save them… their situation had grown out of control – “this is it,” they thought.

But the sleeping man was Jesus, and when they frantically woke Him up, He calmly reminded them of who He was, reached His hands out, and calmed the storm. The waves got smaller, the winds stopped, the skies cleared and the boat became still. All He had to say to them was that they had forgotten who was with them that day on the boat. See, they had allowed the circumstances around them to overcome them with fear and in the midst of it all, they had forgotten that Jesus was on their journey with them. Both man and God, He was big enough to turn the night’s events around. He knew that His future was secured, so He slept calmly while others flailed in the chaos.

Can you imagine how radical His calm demeanor was in the midst of the terrifying storm? Courage makes a statement – a bold one – that tells the world that you KNOW your future is secure and that a good and faithful God has plans to prosper you and not to harm you. Courage is not the absence of fear, but the decision to trust wholeheartedly in His promises. Jesus’ courage that night in the boat (not to mention the day He walked knowingly towards His death of the cross) made a statement that day, and as His followers, our courage in the small daily moments we face makes a statement as well.

So today, I ask you – what fears are you holding onto that could be keeping you from stepping fully into your calling? Are you afraid of being bold in your faith in your daily life? Are you afraid of what taking the next big step looks like? Are you scared of what could happen today, tomorrow or years down the road? Write them down, then read Jeremiah 29:11 over each and every one of them. Remember that your fears don’t stand a chance when you stand in His love.